Singh was admitted to a private hospital in Mohali on May 24. and had been discharged on May 30. He was admitted to the Covid-19 ward in the Nehru Hospital Extension at PGIMER on June 3 dafter his oxygen levels dropped.  Singh had tested negative for Covid-19 on Thursday this week and was shifted from the Covid-19 ICU to the medical ICU at PGIMER. 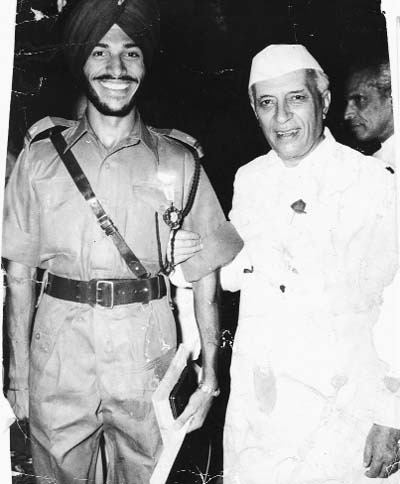 “In the passing away of Shri Milkha Singh Ji, we have lost a colossal sportsperson, who captured the nation’s imagination and had a special place in the hearts of countless Indians. His inspiring personality endeared himself to millions. Anguished by his passing away,” he wrote.
“I had spoken to Shri Milkha Singh Ji just a few days ago. Little did I know that it would be our last conversation. Several budding athletes will derive strength from his life journey. My condolences to his family and many admirers all over the world,” PM Modi added.
Singh is survived by three daughters and a son.
atheleCommonwealth Gamescovid19

Milkha Singh: The ‘Flying Sikh’ no one could catch