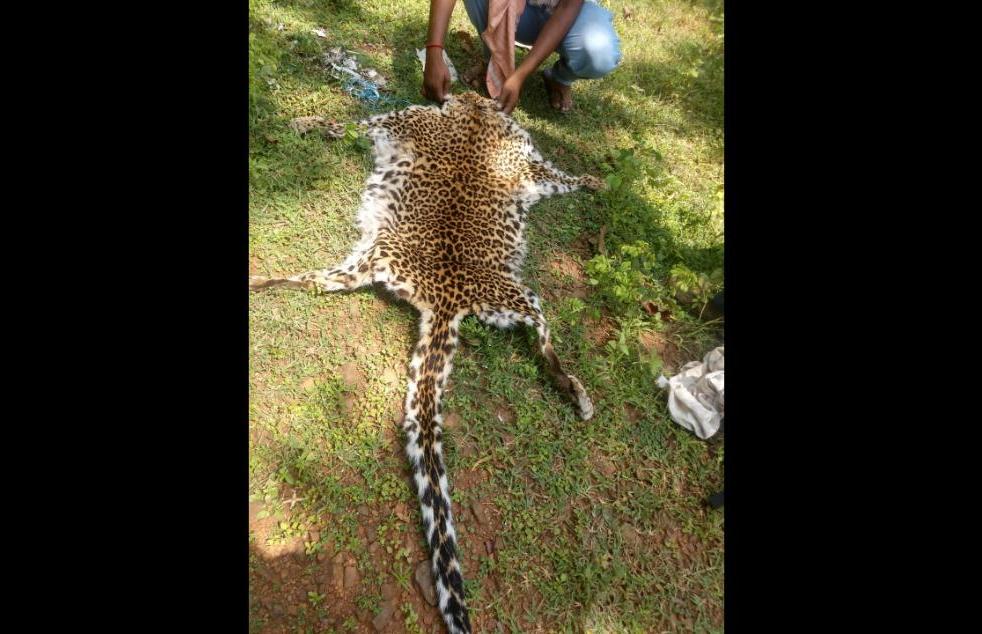 Deogarh: Forest Department officials seized a leopard hide at Chatibaraghata village in Odisha’s Deogarh district late last night and detained as many as six persons in this connection.

Acting on a tip-off, a team of the department raided the village and seized the skin of the animal, worth Rs 2 lakh, an official said.

The detainees were planning to sell the leopard hide in Sambalpur, the official added. Two of the accused have been identified as Debendra Ranachuria (36) of Tileibani block and Sanatan Luhura (19) of Barkote block in the district.

Raids were underway at other places in the area to ascertain the involvement of others in the offence.