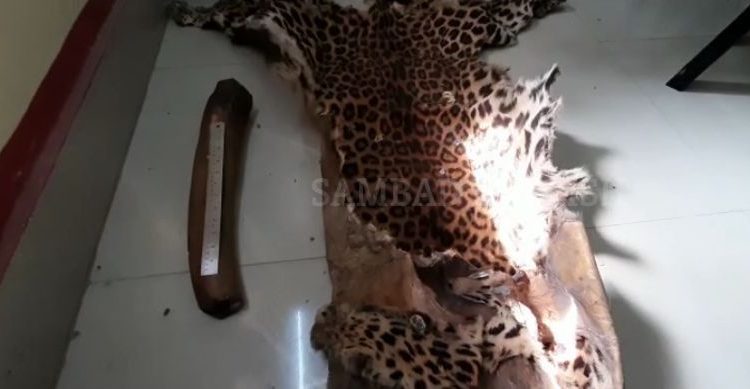 Bhawanipatna: The Special Task Force (STF) of Crime Branch arrested four persons on charges of trying to smuggle leopard skin and elephant tusk in Bhawanipatna of Kalahandi district today. Following their arrest, the four accused have been taken to Bhubaneswar.

Acting on reliable information, the sleuths tracked the smugglers and nabbed them after posing as customers to buy leopard skin and elephant tusk. The smugglers were allegedly engaged in selling leopard hide and elephant tusk outside the State illegally for past several days.

The arrested persons will be interrogated to elicit further information, said an official of Crime Branch.