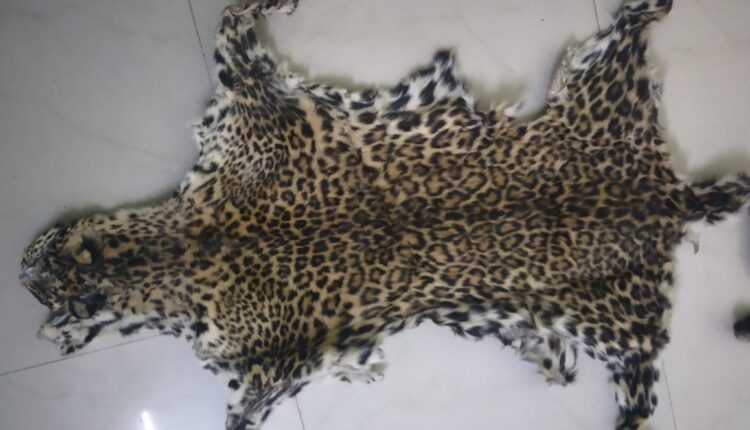 Bhubaneswar: Busting a wildlife trafficking racket, the Special Task Force (STF) of Odisha Crime Branch yesterday seized a leopard skin and arrested a person in this connection near the Government ITI in Subarnapur district.

Acting on reliable information about the deal for sale of the leopard skin, a STF team conducted a raid yesterday and nabbed Ashok Chhatria, a resident of Babunektima under Mahupalli police station in Sambalpur district. The cops also seized the leopard skin from his possession.

After the accused could not produce valid document in support of possession of the skin, the cops arrested him and later produced him before the  Subarnapur SDJM court today. The seized skin will be sent to the Wildlife Institute of India, Derhadun for chemical examination.

A case has been registered under Sections 379 and 411 of IPC r /w Wildlife Protection Act, 1972 in this connection. Further investigation is underway, said the police.