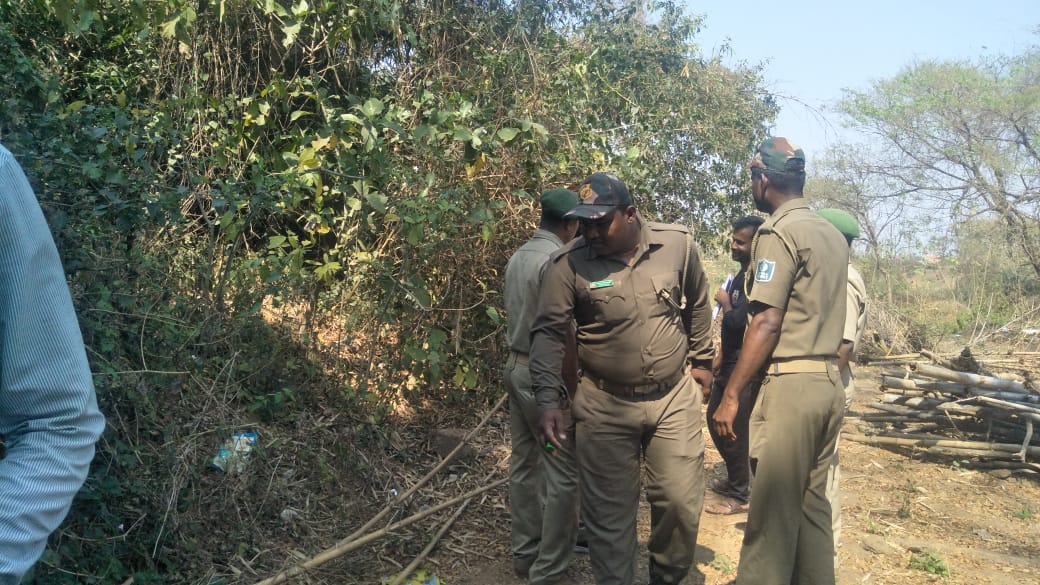 Bhubaneswar: A few days after a leopard was captured near Biju Patnaik International Airport here and later released into Chandaka forest, another leopard was reportedly spotted at Talasahi in Rangamatia area in the State Capital today.

Reportedly, a local spotted the leopard roaming in Talasahi area and called up forest officials. On receiving information, a team of forest personnel rushed to the spot and were examining the pug marks till last reports came in.

Worth mentioning, a leopard which had strayed into Palaspalli area on February 18 evening, was captured by forest officials near the Cargo Gate of the Bhubaneswar airport late on February 19 night.

The animal was shifted to the Nandankanan Zoological Park and later released to Chandaka forest after treatment at the zoo.