Less than month after marriage, man loses battle to COVID-19 in Odisha 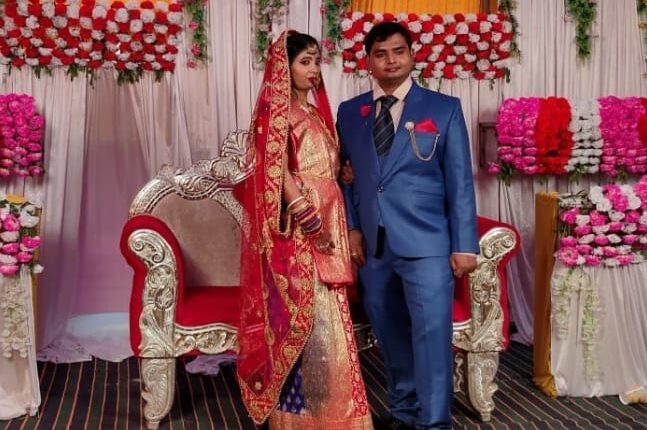 Bhubaneswar: A pall of gloom descended on Champua suburb in Keonjhar district after a newlywed man lost battle to COVID-19.

Less than a month after entering into wedlock, Debasish Behera, a resident of Rajia village under Champua police limits, succumbed to the deadly virus.

Padmalaya Sethy, daughter of Purna Chandra Sethy of Bhusugaon in Keonjhar district, experienced the most painful incident in life.

According to reports, Debasish (31), son of Niranjan Behera who is a retired Nalco employee, had tied the knot with Padmalaya Sethy, daughter of Purna Chandra Sethy of Bhusugaon in Keonjhar district, on March 28, 2021. Their wedding reception was held on March 31.

However, before making the new journey, a dark cloud ascended into lives of the newlywed couple as Debasish fell ill next day i,e on April 1.

After health condition of Debasish deteriorated, he underwent COVID-19 test and the report came positive. Following detection of the infection, he was admitted to a COVID Hospital on April 17 in Bhubaneswar. He was on the ventilator. However, the doctors could not save his life. He died of Coronavirus under treatment on Thursday.

The incident has shattered the life of his bride and his family members as well. Reportedly, his parents also tested positive for the virus.

Besides, persons associated with him at Nalco Nagar Colony in Angul district, where he was residing with his family since his childhood during service period of his father at Nalco, also condoled his untimely death.

6 ways buying organic can help save the planet