Life in Darjeeling limping back to normalcy as no violence reported 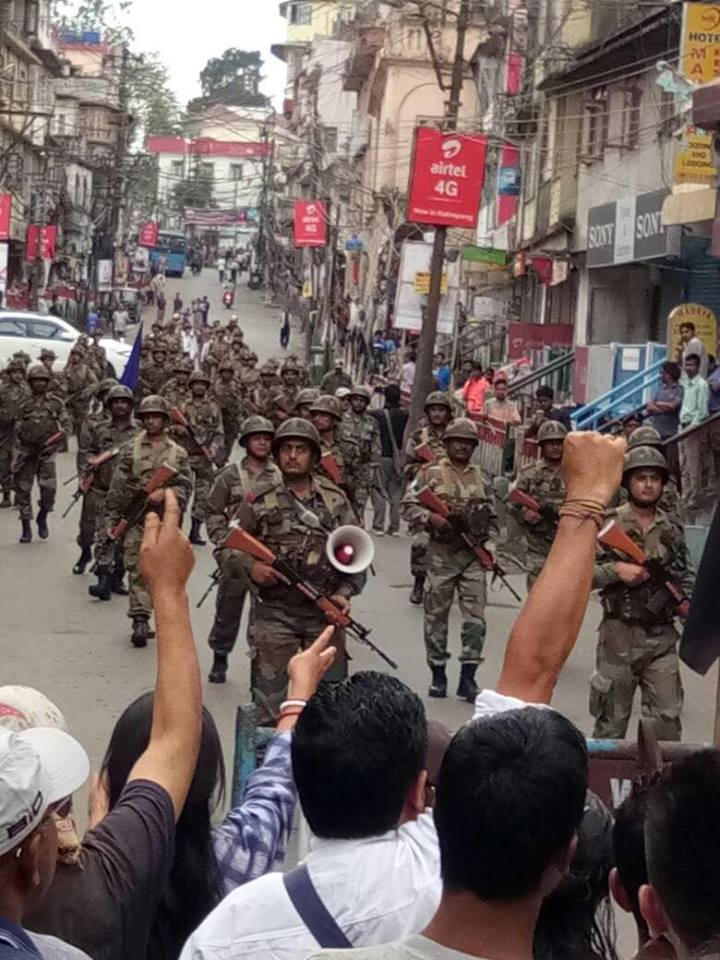 The Army continued to patrol Darjeeling, Kalimpong and Kurseong towns, as life returned to normal in the northern West Bengal hills with no further violence reported so far on Saturday.

Six Army teams, each comprising 43 personnel, have been deployed in the three hill towns after Thursday’s flare up during a protest by the Gorkha Janmukti Morcha (GJM) pressing for a separate Gorkhaland.

A case has been launched against GJM activists including chief Bimal Gurung on various counts including criminal conspiracy, arson, incitement of trouble, the police said.

Shops, restaurants and hotels have reopened after a 12-hour hill shutdown called by the GJM on Friday against “indiscriminate police action” on their activists during the protests.

A substantial number of tourists were seen at the picturesque Mall and the other famed spots of Darjeeling.

The Trinamool Congress brought out a peace rally in the hill town on Saturday morning decrying the violence “perpetrated by the GJM”.

Chief minister Mamata Banerjee, who stayed put in the hills since Thursday, came down to the plains on Friday night and is now camping at neighbouring Jalpaiguri district.

She is scheduled to chair a high level meeting at Uttar Kanya, the north Bengal secretariat on Saturday. Chief secretary Badudeb Banerjee, and state police director general Surojit Kar Purokayastha will be present.

Meanwhile, the GJM has called a meeting of its central committee to decide whether it would continue in the GTA and also to decide on the future course of the movement.

Attacking Banerjee for having followed a policy of “divide and rule” in the hills by setting up multiple development boards for the various communities, Gurung said: “We will agitate everywhere, Darjeeling, Delhi, Assam, Meghalaya, Tripura”.

Asked about the speculation that he may be arrested, Gurung said: “I will go to custody with a smile. The second rung leaders will take over. There will be a lot of unrest.” (IANS)

Politics as a Profession