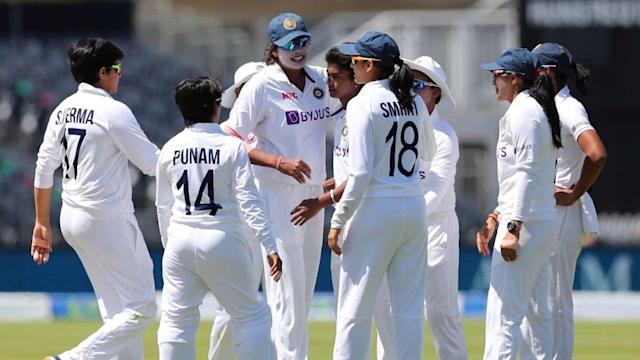 Gold Coast (Australia): On the lines of the men’s series between the two countries being called Border-Gavaskar Trophy, former Australia leg-spinner Kristen Beams wants the trophy between the India and Australia women teams to be re-named as Goswami-Fitzpatrick in honour of India pacer Jhulan Goswami and Cathryn Fitzpatrick of Australia.

Kristen made this suggestion as India and Australia women teams, engaged in an enthralling series that has seen the Aussies dominate the One-day matches and Indians nearly triumphing in the one-off day-night Test, get ready to play the first T20 International.

“I’ve said it before and I’ll say it again, I love the romance of cricket and this would be a fitting accolade for two of the great players. And one of them has again shown her class on this tour and may never play in the series again,” Kristen wrote in a piece carried by Cricket Australia on its official website.

Kristen Beams represented Australia on 49 occasions, including the 2016 T20 World Cup, and now offers expert analysis as part of the ABC Grandstand team having called time on her playing career at the end of 2019.

And she gave many reasons why she wants the India-Australia women’s series named after Jhulan and Cathryn.

“Firstly, both Jhulan Goswami and Cathryn Fitzpatrick played all three formats that make up this series and their records in each speak for themselves. Goswami with 12 Tests, 192 ODIs and 68 T20Is and Fitzpatrick with 13 Tests, 109 ODIs and 2 T20Is to her name,” wrote Kristen.

“If you look at those numbers in isolation, most would say it’s a lot of games. But then consider how little women’s cricketers played during the early stages of their careers when a series each year would have been the norm, and this number becomes even more significant. Then reflect on the changes in the game since these two players debuted in 2002 (Goswami) and 1991 (Fitzpatrick), including the professionalisation that has taken our sport to another level.”

Besides playing many matches, both Jhulan and Cathryn, pace bowlers to the core, have dominated the sport for a long time.

“Then there is their dominance of the sport. They both did that, collectively taking 580 international wickets, which is a staggering number. But they didn’t just take wickets for fun. They were so dominant that runs were incredibly hard to come by, with both players boasting an economy rate of just a touch over three runs an over in ODI cricket.

“They led their attacks, albeit very differently. Goswami, with her height, gets great pace and bounce and that awkward length has been a feature over her career, leaving batters parked on the back foot. Fitzpatrick bowled rapid, the ball skidded onto you before you could move and she had the presence (some may call it intimidation) that dreams are made of. She was feared, and I say that as the absolute compliment.” Kristen said.

She said another major reason for renaming the series after them is the contribution Jhulan and Cathryn made in helping other young fast bowlers from their respective countries. “The contribution they have made to generations of fast bowlers who have come through their respective pathways is immense. Over such long careers, many bowlers would have debuted for both India and Australia and had the chance to learn from the very best,” Kristen added.