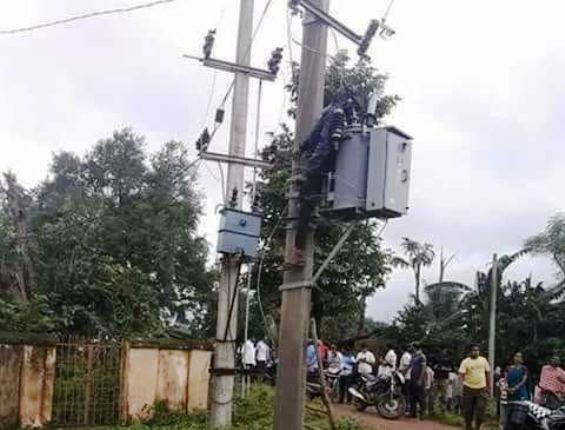 Malkangiri:  Tension prevailed at Majhiguda village under Khairaputa block in Malkangiri district today after a lineman was electrocuted while carrying out a repair work on an electricity pole in the locality.

The deceased has been identified as Gopal Reddy (40), a resident of Khairaputa area. He was working with Southco on contractual basis for last few years.

It is alleged that the line was not disconnected when Reddy was engaged in the repair work on an 11-kv electricity pole. When power got restored, Reddy died of electrocution. He was found hanging from the pole after being electrocuted.

Alleging negligence on the part of senior electricity officials, angry locals staged a road blockade on State Highway- 57 demanding compensation for the family members of the deceased.