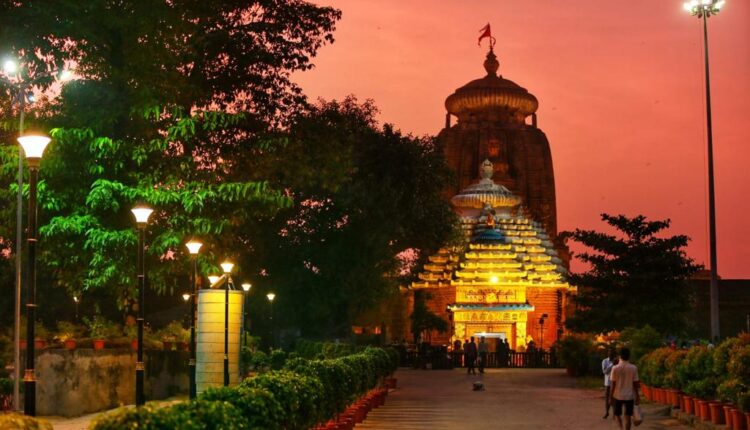 Opposing the bye-laws, the servitors of the Lingaraj Temple demanded withdrawal of the notification framed by the National Monuments Authority (NMA).

The servitors of the centuries old shrine gave ultimatum to the NMA to withdraw the heritage bye-law within 24 hours.

“We will stage mass protest at the Lingaraj Temple at 6.00 PM on Friday, if the bye-laws for two temples will not be withdrawn in 24 hours like the bye-laws for Puri Srimandir, warned Lingaraj Sena president Rajendra Samartha today.

He termed the bye-laws as ‘conspiracy’ by Centre to hurt sentiments of devotees of Lord Shiva.

With the enforcement of bye-laws, the ongoing beautification projects in Ekamra Kshetra will be disrupted, he opined.

“We want widening of roads connecting to the Lingaraj Temple ahead of the Mahashivratri. We want safety of our shrines and ancient structures. However, the bye-laws are hurting sentiments of servitors as well as residents, who are depending on the Lingaraj Temple for livelihoods,” Samartha said.

Worth mentioning that NMA’s heritage bye-laws for Ananta Basudeba Temple and Brahmeswar Temple prohibit any kind of construction around the shrines upto 300 metre periphery in Ekamra Kshetra.

“We have been worshipping the living God in two temples. The people of Odisha have deep faith on these ancient temples. But, comparing the temples of Lord Shiva with museums and issuing a notification in this regard are insults to Mahadev. It has deeply hurt religious sentiments of Hindus especially the devotees of Mahadev.” said the servitors protesting the proposed heritage bye-laws.

The servitors in a release said that the Archeological Survey of India (ASI) was silent when lands around ancient temples were encroached illegally. But, the State Government has spent Rs 200 crore for development of Ekamra Kshetra. Now, the ASI is conspiring to suspend the development project of Ekamra Kshetra by enforcing such bye-laws.

“We will protest together by lighting the lamps to drive out the evil forces,” the servitors said in a release.

Meanwhile, the Collector of Khordha district, Sanat Kumar Mohanty, who is the Lingaraj Temple Trust Board Chairperson, has written to the NMA urging to withdraw the controversial bye-laws.

Expressing concern for the servitors, he wrote that there are many habitations mainly servitors families around the Lingaraj Temple. They have been rendering services to the Lord Shiva since time immemorial. As they are likely to be severely affected by the intervention of authorities like the draft notification, they must be consulted before any process to restrict their rights.

Earlier, Puri Lok Sabha member Pinaki Misra had raised his voice against heritage bye-laws on his Twitter handle while urging the Centre to withdraw the bye-laws for Puri Srimandir.

10 things you should not refrigerate