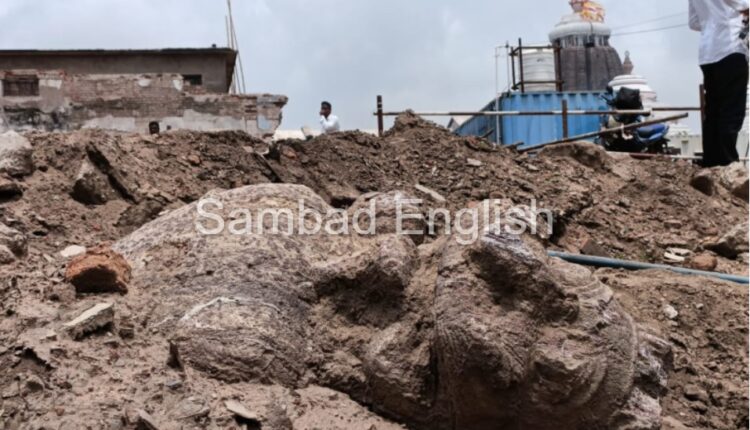 Puri: A day after a lion sculpture was unearthed during excavation work for the Srimandir Parikrama project, the Archaeological Survey of India (ASI) Superintendent Arun Mallick today inspected the site and sent samples of the sculpture for further examination.

Mallick conducted an inquiry at the place where the historic Emar Matha existed but was pulled down in 2019 to make way for the Srimandir Parikrama project.

After examining the broken pieces of the lion sculpture at the excavation site, Mallick said, “The stone art work might belong to the Ganga period. However, the details about the sculpture will be known following a thorough examination,” adding that he could not comment further as the matter is sub judice.

The Odisha Bridge and Construction Corporation (OBCC) had requested ASI to conduct an inquiry at the site when the lion sculpture was unearthed.

A Puri resident petitioned before the Orissa High Court saying the  new construction project around the Sri Jagannatha temple caused threat to the structural safety of the temple structure.