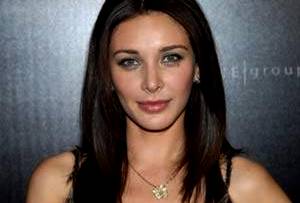 The clamour around Salman Khan’s controversial “raped woman” analogy refuses to die down. Now actress Lisa Ray has come forward to take a jibe at how the film industry is reacting to the stir.

Salman made his first public appearance since the controversy at the ongoing 17th edition of the International Indian Film Academy (IIFA) gala in Madrid. He did not extend any apology, but said it is better if he talks less.

In the image, faces of all the stars except Salman were swapped with that of monkeys with hands on their mouth.

She tweeted: “Bollywood’s most progressive stars stood next to Salman Khan quietly.”

Salman had courted controversy after he said during a media interaction that he felt like a “raped woman” walking out of a ring in his role as a wrestler in his upcoming film “Sultan”. He later said, “I don’t think I should have” and explained that he found it hard to walk.

But Bollywood has been wishy-washy in expressing their opinion on the controversy.

Only a few celebrities like Kangana Ranaut and Anurag Kashyap have come forward to express their views without any inhibitions, but a whole lot of them remained mum.

After Salman’s comment snowballed into a big controversy, his father and veteran screenwriter Salim Khan contended that Salman meant no wrong when he said he felt like a “raped woman”, but apologised on his behalf. (IANS)

Brexit pushes rupee into bear grip, to range from Rs 67-68