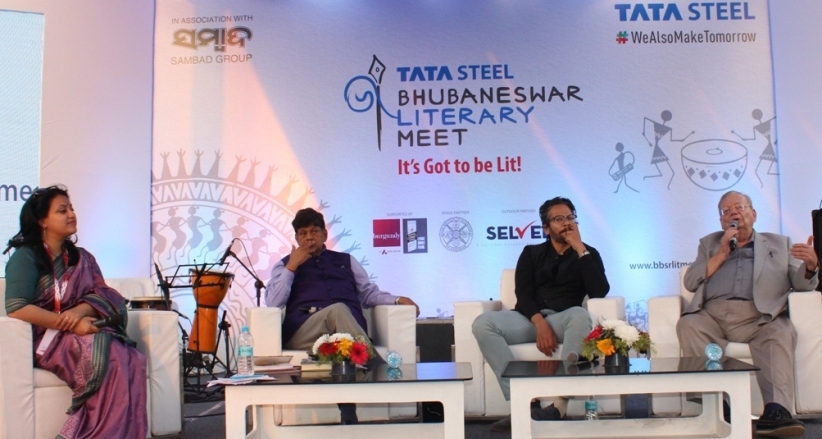 Bhubaneswar: Literature and journalism are correlated and the newspaper plays a significant role to acknowledge a write-up, said Rajya Sabha MP Soumya Ranjan Patnaik during the concluding day of a three-day literary fest held here Sunday.

“These days, nobody is waiting till morning for a newspaper for fresh news. Rather, a unique write-up motivates the reader to read a particular newspaper. This distinguished piece of writing is the literature. Hence, literature and journalism are related to each other,” said ‘Sambad’ Editor Soumya Ranjan Patnaik during Tata Steel Bhubaneswar Literary Meet.

The language can only survive through writing for which the role of prose, a form of literature, is important.

Recalling veteran poet Ramakanta Rath, Patnaik said, “He had never received that much response from readers and well-wishers before that he got after a piece of his book of poetry ‘Sri Radha’ was published in ‘Sambad’.”

Therefore, a newspaper has much importance in connecting the writers with their readers, he added.

Eminent writer Ruskin Bond, who was the key face on the concluding day of the event, also spoke about the significance of a newspaper in his life.

“I find a newspaper more authentic than news on television. A journalist can be a good writer, but a writer may not be a good journalist. A newspaper follows some ethics. As a lot of information is needed to be presented in limited words and space, it always poses a challenge for a journalist. The newspapers and magazines have been inspiring the writers in the past,” Bond said.

Novelist Chandrahas Choudhury said, “A journalistic writing has to abide by a deadline. Whereas literature is free from word limit rules. A journalist has to race to meet the deadline and write everything in a limited space, which makes him a good editor.”

The three-day literary festival was packed with engaging sessions touching upon a host of topics ranging from literature to theatre, dance, music, journalism and performing arts.

Odisha: Srimandir servitors to be penalized for delay in rituals