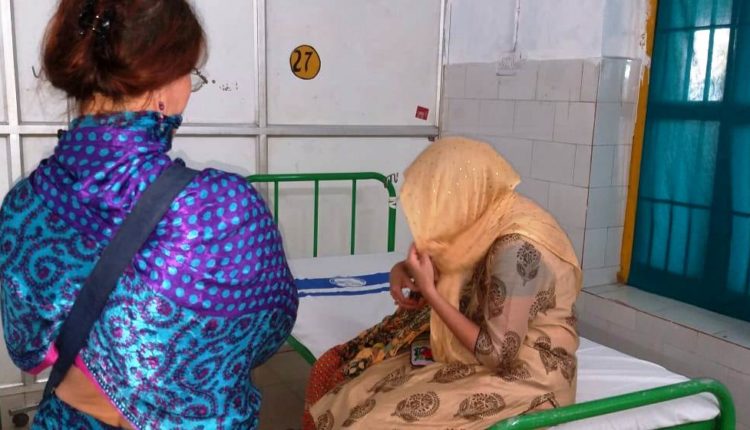 Berhampur/Puri: With coronavirus rapidly spreading its tentacles across the globe, three persons, including a girl from Lithuania, Europe today were suspected of being infected with the deadly virus at two separate places in Odisha. They were later admitted to hospitals for examination.

Reportedly, a minor girl hailing from Lithuania was suspected with COVID-19 and later admitted to Puri District Headquarter Hospital (DHH). She had arrived in the pilgrim town around two weeks back on a tour with her family. They stayed at a hotel near the sea beach. Apparently, she complained of cold and cough followed by fever. The family panicked when she didn’t get better. They took her to a private hospital in Mochi Sahi for a checkup, where doctors suspected symptoms of COVID-19 in her.

The family immediately shifted the girl to the DHH. As per the latest information, she will be transferred to SCB Medical College and Hospital in Cuttack after the preliminary test. Arrangements are being made for her treatment at an isolation ward at the state-run hospital, sources added.

Earlier in the day, a couple hailing from Chikiti in Ganjam district suspected with the killer virus was admitted to MKCG Medical College and Hospital in Berhampur this morning. Their samples have been sent for examination.  The husband was working in Abu Dhabi and returned to India on March 11. On arriving at Visakhapatnam airport, he underwent a screening. However, the reports were found negative.

After reaching his house, the man and his wife started complaining of cough and fever. Suspecting Corona, the two visited MKCG. However, the doctor treating them claimed that the couple is suffering from pneumonia and there are no symptoms of COVID-19. However,  the couple’s samples have again been sent to Bhubaneswar for examination, the doctor added.