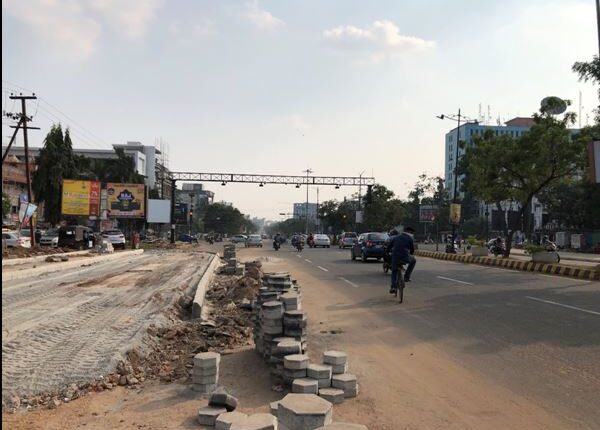 The recent regime change in the US has caused climate enthusiasts to renew their approach, in anticipation of the increased role played by the United States in global climate negotiations and resulting actions in the local. India has been at the forefront of climate negotiations and resulting policy at the national and state level in the country. In 2008, the National Action Plan for Climate Change was formulated by the then UPA government. The initial plan aimed at balancing India’s existing urban development challenges with reducing emissions in the economy. India’s position in the international negotiations is clear – it is a developing country, and will not focus on mitigation efforts without external aid. At the local level, however, the bureaucratic system is more leaned and experienced towards mitigation, which made the state climate action plans mitigation-heavy. Gradually, the discourse has shifted from the internal contradictions, towards balancing between adaptation and mitigation efforts at state and local levels.

On the urban development front, interesting developments have taken place in the past decade. What started with an aim to improve infrastructure and renewal in cities (JNNURM), gradually found a dead-end with regime change at the centre; resulting in new missions and schemes (SMART Cities and AMRUT). Some other factors have played a key role in shaping India’s cities and regions – rising middle-class hegemonic interests in the urban space, increase in privatized gated communities, and calls for the inclusion of risk and disaster management into city plans.

The onus for development decisions in India falls at the hands of local municipal governments (with some hand-holding from states). Yet, the issues are multi-fold. While rising middle-class interests are calling for smart neighbourhoods fuelled by neoliberal tendencies (read corporate control), they are often in direct conflict with historically marginalized groups (slum dwellers and migrant workers are examples). The priorities of these two groups are quite different – the former wants to create private space in the suburbs, while the latter wants to continue its struggle for the right to attaining the status of ‘formal citizens’. The climate discourse, as a result, is easily overshadowed by everyday struggles for livelihood and aspirations, and a constant tussle between what counts as formal and informal. Not enough media attention (mainstream media I mean!), and lack of political will to act against our own created historical negative externalities means now we are approaching some tipping points as far as climate change is concerned (we are approaching a 1.2 Celsius increase in global temperatures). Not enough impetus in public discourse means that most local bodies continue with their old tradition on planning cultures, ignoring the realities of changing environment and socio-economic structures. The result- most climate mapping and financing mechanisms are slow or not taking off, while the marginalized communities continue to get affected by development regulations and bye-laws. Disaster management plans and climate plans exist at different scales (district and state level respectively), while local resilience plans are being prepared simultaneously, often existing in silos along with smart cities action plans and the city master plans that existed before these missions came into existence.

The local-global climate debate is messy. The climate crisis and urban development dilemma are messier. Politics assumes a central role here. And whenever there is politics, there are always winners and losers. So what can planners realistically do? Firstly, an equitable lens will take us a long way forward in taking ‘just’ decisions, when adopted in cities. Although it has its limitations, still it will be a step in the right direction if we want to achieve social justice with democratic principles. Secondly, municipalities need to relook at current development and zoning regulations, and how they have contributed historically to the increased vulnerability of marginalized groups (most regulations are anti-poor, anti-slum dwellers, neglectful of indigenous communities’ rights, and controlling of women’s’ access to parts of the city). Doing so will result in identifying many clauses that violate individual and property rights, and correct them where possible. And finally, the urgent need of the hour is to find a way to integrate (not simply mainstream!!) climate actions, disaster and risk management plans, and the existing master plans. Tough tasks, but doable. We have to develop a planning and institutional culture which acknowledges limitations and differing points of view, rather than just limiting ourselves to remodelled modernist ideas (tactical urbanism and pilot cycling projects for example!).

*The writer is a PhD candidate at School of Urban and Regional Planning , University of Alberta.