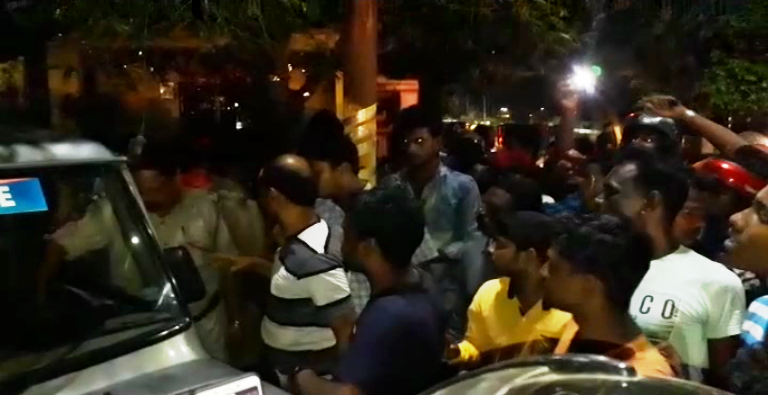 Cuttack: Tension prevailed in Jobra area here when a group of locals clashed with police after a person was injured during a vehicle checking drive in the locality last night.

According to sources, the injured Vikram Sahu, a resident of Sagadia Sahi, was coming to Jobra from stadium road when a traffic constable tried to stop him showing his stick. After the constable banged the stick on his vehicle, Vikram lost control over the vehicle, fell down and sustained severe injuries.

He was later admitted to SCB Medical College and Hospital for treatment.

After seeing Vikram injured, locals present at the spot went violent and blamed the traffic cops for the incident. They later blocked the road asking the police to stop the checking.

Tension prevailed in the area following the incident as angry locals created ruckus. Later, Malgodown police reached the spot and took control over the situation.

Students leave hostel in Odisha’s Rayagada over lack of toilet