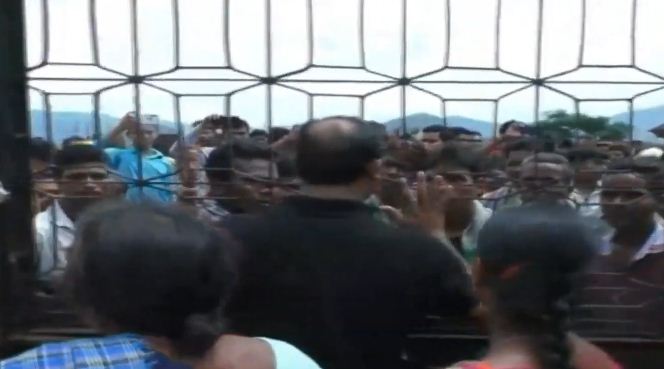 The matter pertains to the death of one Raju Hantal of Ranganiguda village under Dhuliput panchayat of the district. Family members of the deceased have been alleging that he was abducted and murdered by BSF jawans.

After post-mortem, Raju’s kin refused to accept the body today. The family members and locals later staged a dharna in front of the police station placing the body on ground. They demanded immediate arrest of the accused.

The matter turned violent in the afternoon as the agitating locals attacked policemen. They also ransacked a police vehicle.

Notably, Raju was found dead inside kitchen of an Anganwadi centre at Jantabai village in Chitrakonda area of the district on September 15. As per the family members of Hantal, he had on September 13 gone to a weekly market at Jantabai with his two daughters. Some BSF personnel met him at the market and took him along with them, following which he didn’t return home, Raju’s kin alleged.