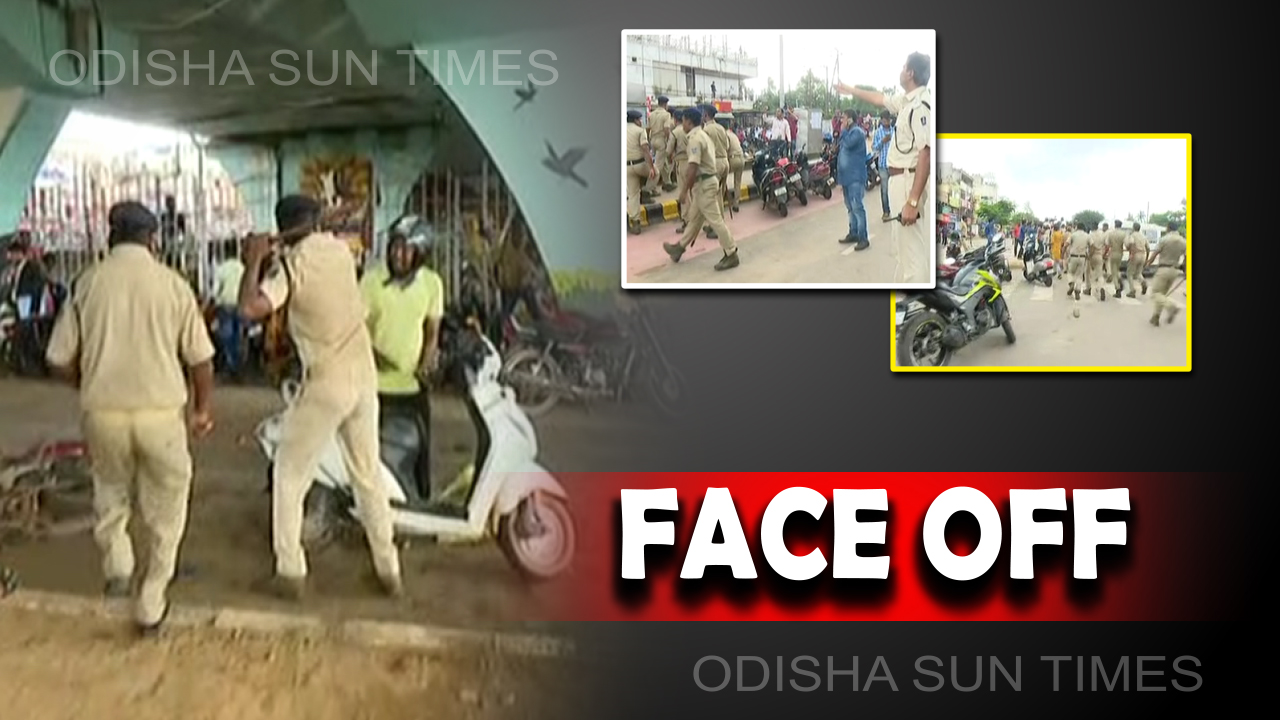 Bhubaneswar: Fumed over hefty fines after imposition of new traffic norms under Motor Vehicle Act in Odisha, the locals faced-off with police against frisking and huge amount of challans here in the state capital today.

The enforcement of new traffic norms invited irk among the commuters after the Commissionerate Traffic police conducted regular checking as part of the law at Rajmahal Square.

Thousands of locals gheraoed on-duty police personnel protesting against the process of frisking and huge amount of challan being slapped on the vehicle owners and drivers in violation of new traffic rules. Tension erupted after cops resorted to mild lathicharge to disperse the crowd.

According to reports, the commuters protested the challan while the traffic cops were checking the documents of vehicles by parking those on the road. The irate mob asked the cops to produce valid documents of the police vehicle. After police failed to show those to public, the locals questioned their job to ask for helmets and documents from the commuters.

“The rules should be same for all. Like public, the police are equally responsible to carry all the documents by not violating the rules under new Motor Vehicle Act,” said a woman protestor.

However the Commissionerate police denied allegations made by public that the cops were collecting hefty challans.

“We are looking into five things — three people riding the motorcycle, helmets, entry from the wrong side, drunk driving and use of mobile phone during driving. However, we had not checked for any licence at all. Though the fine amount has been fixed upto Rs 1,000, we are currently receiving only Rs 500 from the violators,” said Police Commissioner Sudhansu Sarangi.