Locals-police face off: Journalist injured during lathicharge in Odisha’s capital 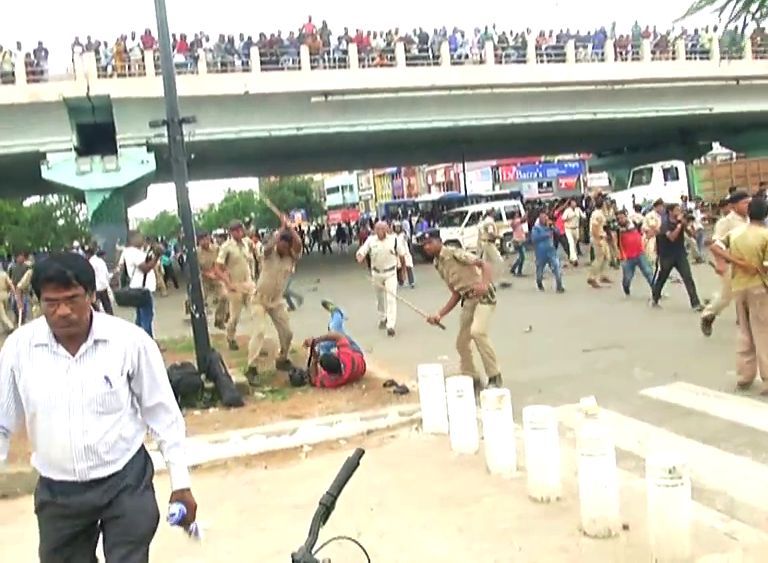 Bhubaneswar: In an incident of police high-handedness, some cops of the Twin City Police Commissionerate today thrashed an on-duty video journalist of a private news channel injuring him in Odisha Capital.

While the video journalist, Abdul Gani, was covering a face off between some locals and police personnel at Rajmahal Square here, a few police personnel chased Gani and beat him up. Surprisingly, though the cops were well aware that Gani was a mediaperson, they did not hesitate to strike him. Gani has sustained injuries in hands.

Protesting new traffic norms under Motor Vehicle Act in Odisha and hefty amount of traffic fine, the locals opposed the on-duty police personnel who were frisking vehicles at the Rajmahal square. In order to control the irate locals, the police present at the spot resorted to baton charge and the video journalist was caught in the middle of the tension, said an eyewitness.