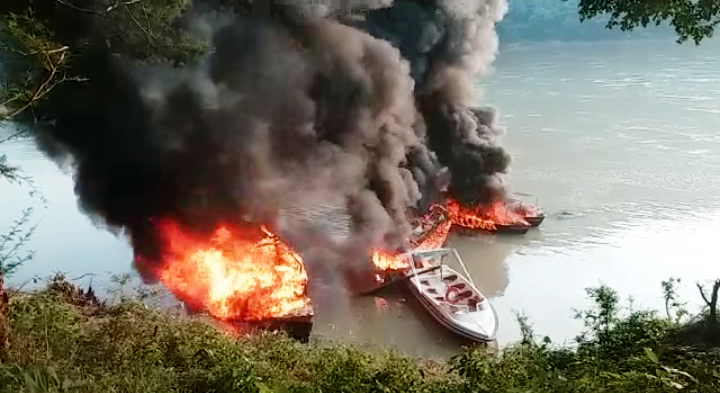 Angul: Angry over the death of a woman, who died after being attacked by Royal Bengal tigress ‘Sundari’ near Satkosia Wildlife Sanctuary in Angul district yesterday, locals set three country boats in Satkosia on fire today.

The villagers had been opposing release of the tiger in Satkosia tiger reserve, but the forest officials have remained indifferent to the demands. The villagers claimed that tigress had strayed into their village on Tuesday and mauled the woman identified as Kailashi Garnayak to death yesterday morning.

Meanwhile, the forest department officials are conducting an inquiry into the incident.