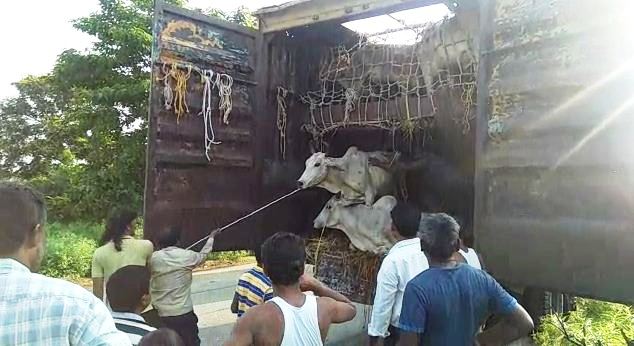 Balasore: In a bizarre incident, locals stole several cattle after a truck carrying the animals met with an accident on NH-16 under Simulia police limits in Odisha’s Balasore district today.

According to reports, the truck, which was heading towards Kolkata from Bhadrak carrying around 150 cattle, collided against a vehicle near Simulia police station this morning.

While many cattle sustained injuries after the accident, some locals reached the spot and stole several cattle. Police have started investigation into the matter. Driver and helper of the truck absconded after the incident.