Lockdown: Migrant workers from Odisha detained for rampage in Surat 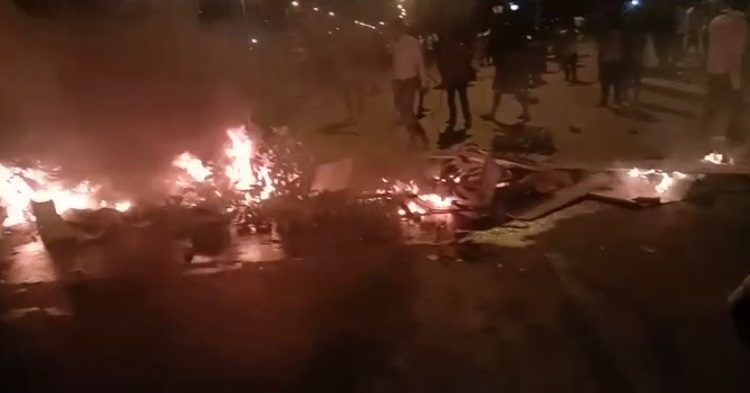 Surat: Police have detained around 80 migrant workers, mostly from Odisha, for allegedly going on a rampage and setting many handcarts afire in Surat demanding that they be allowed to return to their native places amid the lockdown, an official said on Saturday.

Hundreds of migrant workers stuck in Surat due the lockdown torched handcarts and tyres in Laksana area of the city on Friday night.

After the incident, police personnel were deployed in large numbers in the area and the situation was brought under control, the official said.

“Hundreds of workers, mostly from Odisha, hit the streets demanding that they should be sent to their native places. They also claimed that the food served to them by an NGO is tasteless and they have to stand in queue to get the meal,” ACP C. K. Patel said.

“Out of anger, they torched some handcarts and tyres in Laskana area. We have detained 80 migrant workers. Heavy police deployment and strict vigil by the administration has brought the situation under control,” he said.

On March 30, over 90 migrant labourers were arrested in Surat city for defying the nationwide lockdown and attacking police over a similar issue.

On Friday, the number of coronavirus cases in Gujarat rose to 378 after 116 new cases were reported since Thursday night. With two more deaths reported during this period, the death toll due to coronavirus reached 19, officials said.