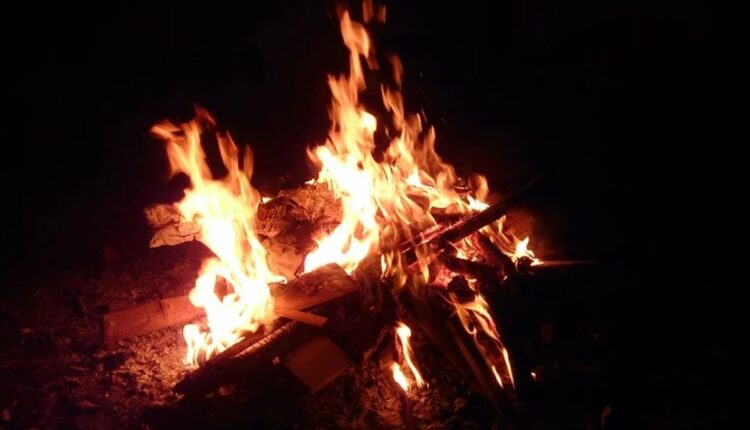 Lohri is a winter folk festival celebrated in the Indian subcontinent. The festival is believed to mark the end of winter and beginning of longer days.

Lohri is also known as Gurmukhi or Shahmukhi.  It is widely celebrated in Punjab, Jammu, Himachal Pradesh, Haryana and Delhi. In Pakistan, people residing in the cities of Faisalabad and Lahore also celebrate this festival. It is celebrated a day before Makar Sankranti.

History: Ancient folklore accounts that Lohri was celebrated at the end of traditional month when winter solstice occurred. The origin of this festival roots from the regions near Himalayan Mountain, since those regions experience the highest intensity of winter, as compared to the rest of the lands in the Indian subcontinent.

People from all religion in the area, especially Hindus and Sikhs, torch traditional bonfires in their yards on this day, after working for weeks on rabi cropping season. Family and friends come together around the bonfire and celebrate Lohri with food, dance and fun.

Significance: Lohri is a winter crop season celebration and is majorly linked to Punjab. It marks the beginning of the harvest season and sunny days.

The theme of many Lohri songs is based on the tale of Dulla Bhatti, a hero-figure in Punjab. Legends say that Dulla Bhatti resided in Punjab during the reign of Mughal Emperor Akbar. He is known as a hero in the region because he once saved Hindu girls in the region who were being trafficked a slave market in the Middle East. Since then, many Lohri songs were sung in honour of his bravado.