Looking Back at the Good things that Happened in 2020 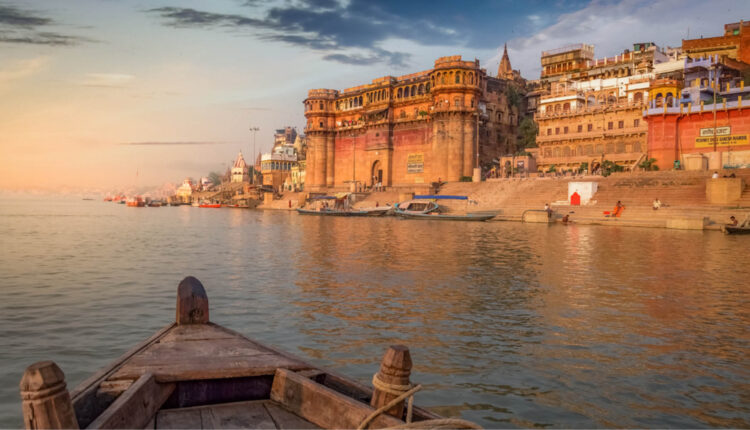 No, we are not lying! We can absolutely relate when you say that you spent each day of this year, hoping and counting for 2020 to end. The world had exceptional expectations from the start of a new decade with 2020. Come March 2020, and all our expectations went into vain. The pandemic came into our lives and brought along the biggest nightmare we had to face. Lockdowns, Isolations, Masks, Social Distancing, Job losses, Bad Economy status, and what not!

As the world underwent these changes, our lives changed drastically. For the good or the bad, only time can tell. But, while the side of cons might seem to be heavier for this year, let’s look at the glass half full. It has been a difficult time for all of us to notice the good things happening around us, but hey! That doesn’t mean those didn’t happen. Let us fondly look back at this list of good things that happened in 2020 and keep our tokens of appreciations ready:

No, we are not talking about those Whatsapp forwards! We are talking facts here, while humans were inside their homes, following the lockdown, mother nature took her time to heal. The United Nations Environment Programme has claimed 2020 to be a super year for nature and biodiversity. Carbon Dioxide emissions dropped down by 17 percent.

Humans have been the dominating species since the beginning of time. While we were away, the wildlife also got to cherish its’ mother Earth. Dolphins, Olive Ridley Turtles, Deers, and Nilgais were seen on the streets, enjoying their time.

Click here to check out how a man converted a washed-out land into a forest, single-handedly.

We know the fear that surrounds students around ‘exam-time’. Normally, teachers, parents, and family members, everybody would go around telling students how important it is to drown themselves in books and excel in their exams

While motivating somebody to study and give their best is surely necessary, at times people fail to realize the extent and over-do it. This results in students facing unnecessary pressure. Every year, there are many students who commit suicide due to the fear of their exam results.

This year, school authorities understood and acknowledged that dealing patiently with students was the need of the hour. Children were already dealing with the effect of the pandemic and extra pressure wasn’t something they needed. The principal of the International Indian School Dammam, Saudi Arabia addressed a letter to the parents saying the following.

Love is love! Do you remember how the world celebrated ‘Pride Month’? The LGBTQ community has been fighting for equal rights for a long time now. We can happily say that society is on the path of acceptance and improvement.

In 2020, two women named Daritza Arguedas and Alexandra Castillo became the first same-sex couple in Cost-Rica to get married. Carlos Alvarado, the President of the COuntry, welcomed the couple saying “ you have begun in law what has existed in love”.

The pandemic took a toll on the mental health of people. The numbers of people experiencing anxiety and depression were rising drastically. At such a difficult time, an organization called ‘The Goodwill Tribe’, resorted to writing emails to people battling with anxiety. The organization has a community of 186 volunteers with them.

Similarly, Terribly Tiny Tales, came up with an initiative called ‘Notes Of Hope’. They send assurance emails every morning to the subscribers and make it easier for them to cope with the difficult times.

Do you need a dose of kindness and assurance delivered to your inbox every morning? Click here.

While thousands of people have lost their jobs due to the pandemic, here’s looking at the brighter side- Dr. Adarsh Singh, District Magistrate, helped 800 villagers in Uttar Pradesh to get employment under the Kalyani River Restoration Project. The project was covered under the Mahatma Gandhi National Rural Employment Guarantee Scheme and it managed to get a budget of more than Rs. 59 lakhs sanctioned in the first phase.

The authorities also adopted measures such as sensitizing villagers, reducing garbage dumping, and open defecation on the river bank.

Some countries in the world are still struggling to come to terms with IVF processes for humans. At such a time, isn’t it miraculous that two baby cheetah cubs were born through IVF to a surrogate mother at Columbus zoo and aquarium?

The International Union for Conservation of Nature had declared the species to be near extinction with just 7500 of them left. This initiative could be a new ray of hope to save the endangered species from becoming extinct.

See? The year was not so bad after all! It often happens that we tend to overlook the good happening around us because we are too busy looking at the bad. Here’s hoping that you find a way to look beyond the obvious in 2021 and have an appreciative year ahead. Meanwhile, as we bid adieu to 2020, Click here to go through the funniest memes that you will surely relate to!

Tata Group to launch super app ‘Neu’ on April 7, to compete with Amazon,…

In conversation with Sujata and Taniya Biswas, founders of ‘Suta’