Loot: Five out of eight toll plazas in Odisha illegal! 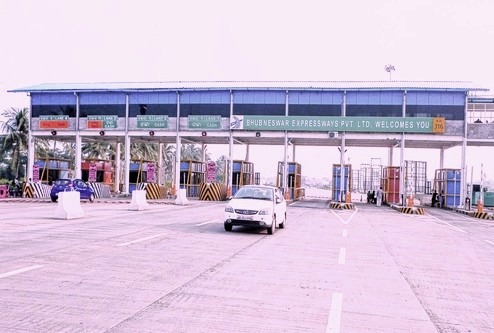 Shocking! Five out of eight toll plazas in Odisha are operating illegally.

The matter came to light after a meeting of the Transport department over stopping of illegal toll collection in the state.

National Highway Authority of India (NHAI) will be requested for shifting of these toll plazas, said Commerce and Transport Minister Ramesh Chandra Majhi.

“Toll gates on the national highways have not been set up in accordance with the rules. We have informed NHAI authorities but they are yet to take a decision. Apart from that, we have apprised the Centre about the demands of the bus owners,” informed Majhi speaking to reporters after the meeting.

“In the meeting, we have demanded to shift toll plazas. We have also demanded to put on hold collection of toll from buses and other vehicles till toll plazas are shifted,” he added.

Notably, five out of eight toll collection gates have not been established in conformity with the rules.

According to the rules of the NHAI minimum distance between two toll plazas has to be 60 kilometres.

Moreover, it should be at least 10 kilometres away from the municipal limits.

However, there has been a blatant violation of these rules in the state.

The toll plaza at Pipili is situated at a distance of 3 kilometres from Pipili municipal limits.

Similarly, the toll plaza at Manguli is situated at a distance of 5 kilometres from Choudwar municipal limits.

Again, the toll plaza at Srirampur on the Chandikhole –Paradip route also violates the rules. The government had decided to establish it at Bhutmundei which was later changed.

Further, the toll gate at Baraguda in Bargarh district also violates the rules.