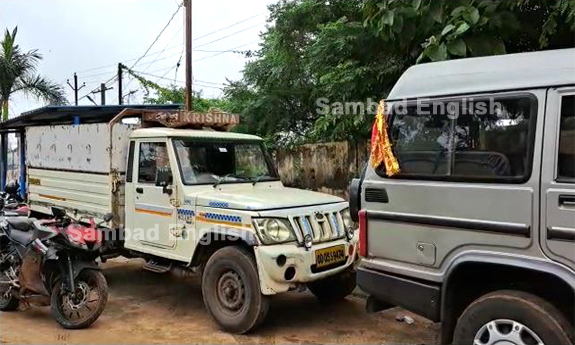 Cuttack: In a major crackdown, Sadar police today busted a history-sheeter gang involved in crimes like burgling, snatching and theft. Police have arrested notorious criminal Juma along with three of his accomplices in this connection, Cuttack Deputy Commissioner of Police (DCP) Pinak Mishra said.

Briefing mediapersons at a presser held here, the DCP Mishra added saying that the four-member gang was active in the Cuttack-Bhubaneswar twin cities for past few years. The arrested anti-social elements were chiefly involved in a number of vehicle thefts. Sadar police have recovered five four-wheelers, two motorcycles and gold ornaments weighing around 60 grams, the DCP Mishra further said.

The most wanted Juma alias Abdul Razaque is a native of Koraput district. He was previously involved in a hit-and-run incident, including a POCSO case. He has expertise in stealing four-wheelers.

There are more than 17 criminal cases pending in the name of Juma at different police stations.

Acting on an FIR lodged earlier at Cuttack Sadar station on August 21, police had registered a case (No-366/2022) and launched a probe leading to arrest of the four, who have been forwarded to court.

Odisha: Woman, child missing after being swept away by flash flood in Ganjam