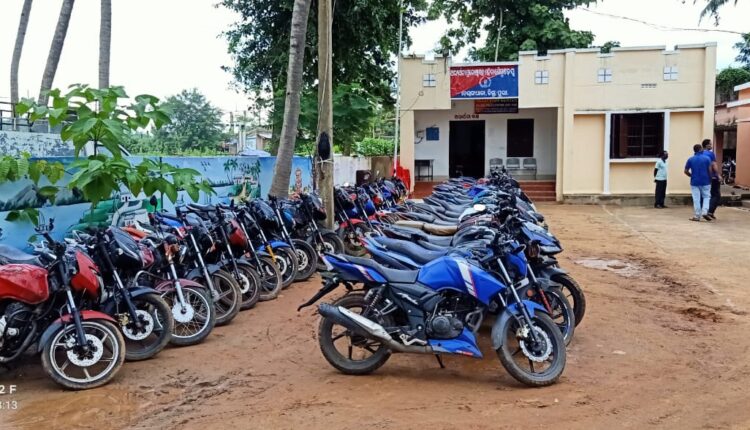 Puri: A gang of motorcycle looters was busted and as many as 45 stolen motorcycles were recovered from six persons during a raid under Delanga police limits in Puri district, police informed today.

The police arrested six members of a looter’s gang after simultaneous raids in Delanga area.

Acting on a tip-off about sale of theft motorcycles by some criminals at a forest near Kuapada village last night, a team of police led by Delanga IIC Rasmi Ranjan Pattanaik conducted a raid at the site. Police recovered 10 stolen motorcycles and arrested 4 accused persons from the spot yesterday night, said Pipili SDPO Debadutta Baral in a presser on premises of Delnaga Police Station today.

The remaining 35 motorcycles were recovered from possessions of another two accused persons today, he added.

Face masks unlikely to cause over-exposure to CO2: Study