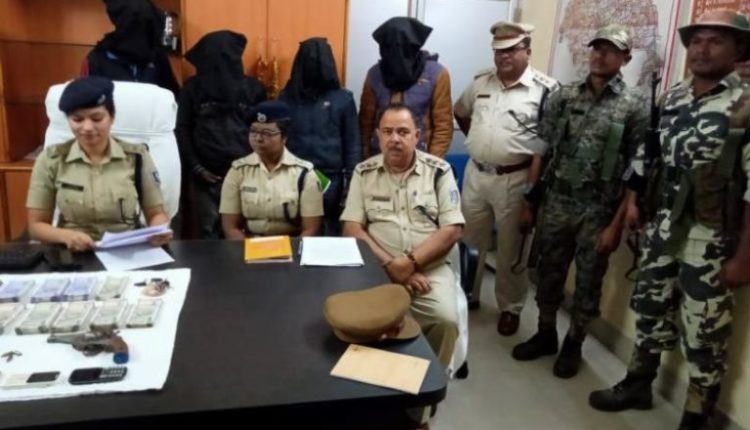 Sundergarh SP Soumya Mishra said Rs 4.2 lakh, two pistols, two motorcycles and four mobile phones were seized from the possession of the four persons. The arrestees were involved in a robbery of Rs 11.35 lakh from a house in Kuanramunda, she added.

Earlier, a Home Guard and staff of Kuanrmunda Panchayat Office were arrested in connection with case and forwarded to court.

The SP informed that the four dacoits were involved in other loot cases in Rajgangpur area as well.