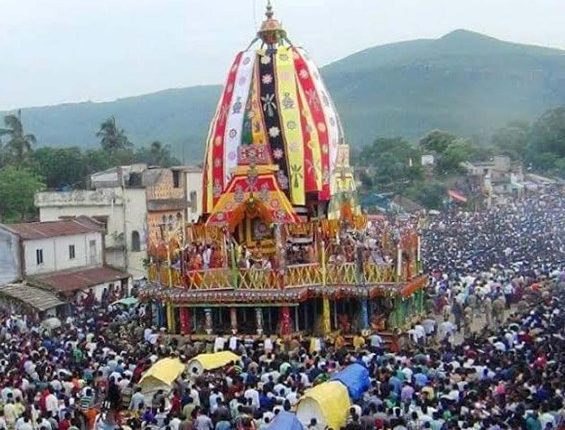 Keonjhar: The chariot of Lord Baladevjew in Keonjhar district is the tallest one in the world, as per a survey of the Global Records and Research Foundation (GRRF).

Besides GRRF, Asia Pacific and Indian National Records have also recognized the 72-feet Ratha as the tallest in the world. The agencies also claimed that the height of the Ratha is taller than the one in Puri.

Worth mentioning, the district administration had been demanding for the recognition and even applied for the same. Accepting the application, a special team of GRRF headed by its chief Manmohan Rawat had recently visited the Baladevjew temple in Keonjhar for an inspection on December 25.

The team later submitted a report to the research committee, following which the GRRF gave the recognition to chariot.

Expressing pleasure over the achievement, Keonjhar Sub-collector Somnath Pradhan said application will be sent to feature the Ratha in Guinness World Records.