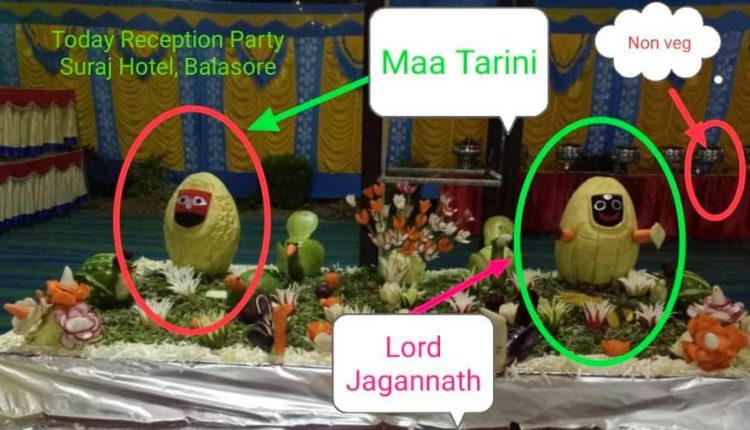 Balasore: Idols of Hindu god and goddess carved out of vegetables at a marriage reception feast in Odisha’s Balasore town has sparked huge resentment among the locals. The picture of this food art is doing the rounds on social media.

The vegetable idols were kept at the dining area of the marriage venue at Hotel Suraj in Sahadevkhunta area here last night.

The idols of Lord Jagannath and Maa Tarini were on display while non vegetarian food was being served at the party. This has drawn huge criticism among the guests and social media users.

An invitee posted a pic of this on social media platform where the users expressed their discontentment.

“Food art is a form of art and it should not be used to demean our gods and goddesses. We should respect our culture and tradition. Appropriate steps should be taken so that it is not repeated again,” an invitee expressed.