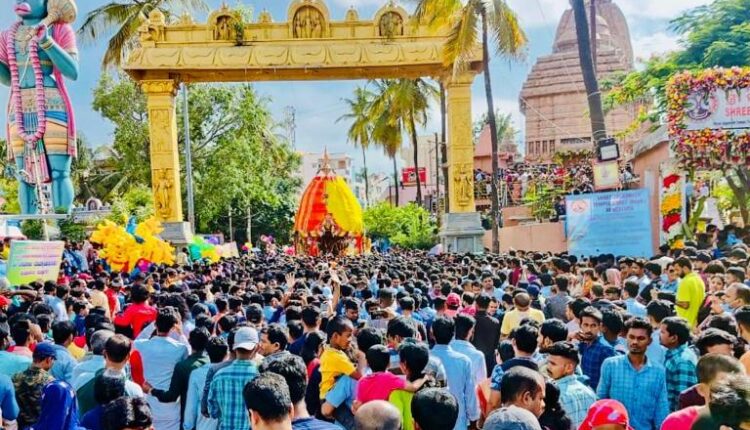 Bengaluru: The annual Rath Yatra of Lord Jagannath was celebrated in Bengaluru with much fanfare and festive fervour, today. Commencing from the wee hours of the day, the religious rituals like Mangala Arati, Abakash, Mailam, worshipping Sun, praying Gatekeepers and Sahanamela were performed at the Jagannath Temple of the city situated at Agara.

As the devotees were allowed to participate in the Rath Yatra after two years, enthusiasm was marked among them during the occasion. 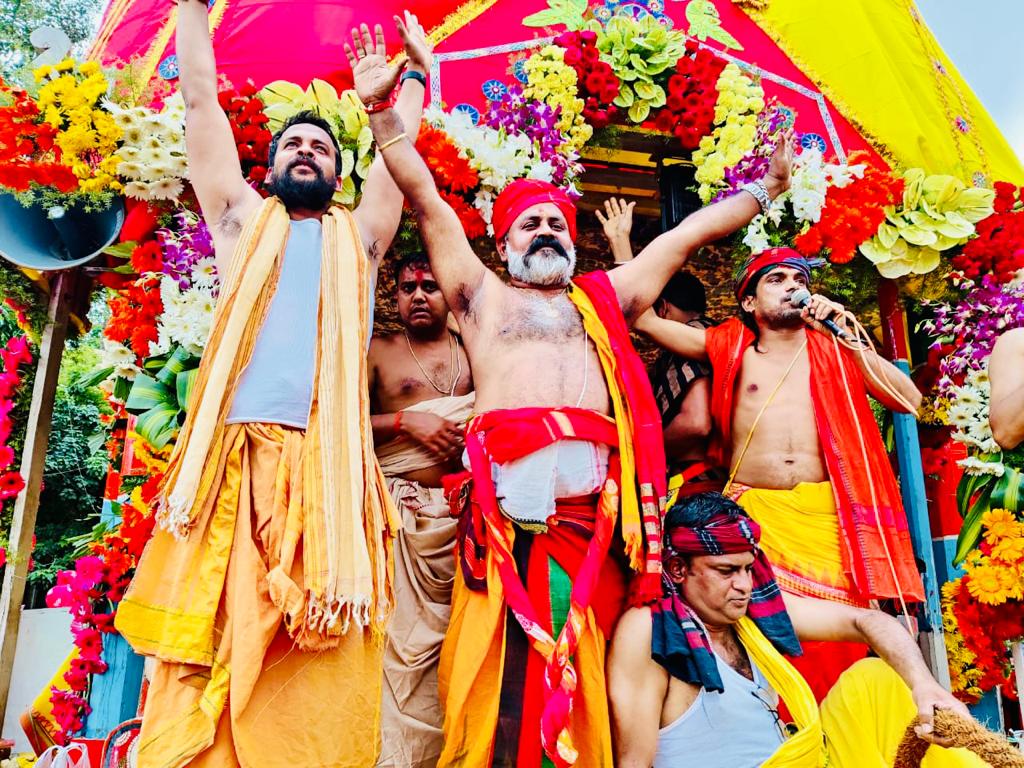 The Dhadi Pahandi ritual of all four Deities started at 12.15 p.m. in afternoon. Lord Sudarshan, Lord Balabhadra, Goddess Subhadra and Lord Jagannath were taken in a procession from the Anasara room to the 28 feet high immaculately decorated colourful chariot stationed in front of the Temple.

Trustee of the temple Sitikantha Sadhangi did the traditional job of Cherrapahanra. At about 2.30 P.M. in the afternoon, the pulling of the chariot started with the playing of Ghanta, Kartala, Mrudanga, Jhanja and chanting of Jai Jagannath slogans by the crowd of around 25,000 people. 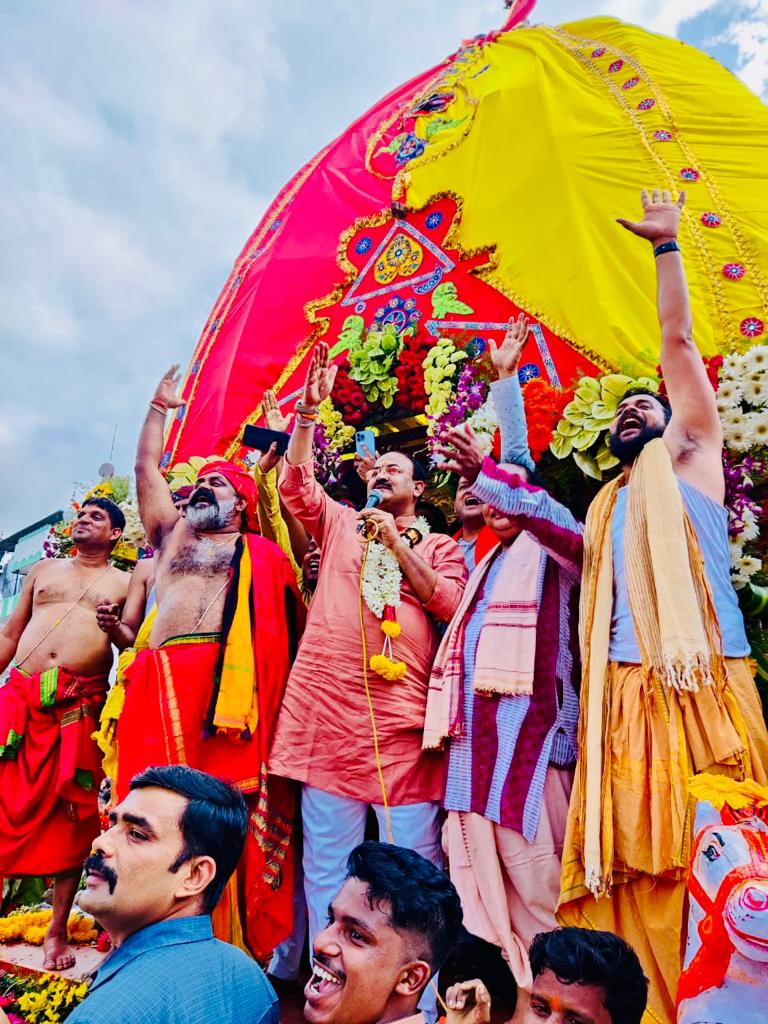