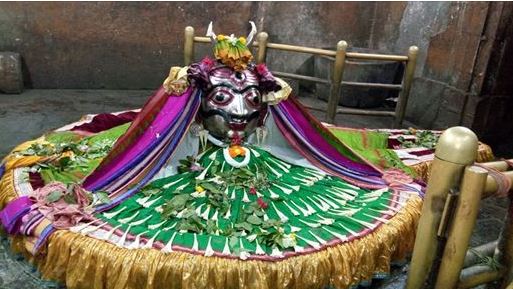 Bhubaneswar: Despite restriction on mobile phones inside Lingaraj temple here, a photograph of the deity has surfaced on social media site Facebook.

One Pradipta Patra, a local, had visited the temple on October 14 and uploaded Lord Lingaraj’s Damodar Besha on his Facebook profile. Soon after the reports spread, Lingaraj police began a probe into the incident. However, the photograph was deleted by the user when the last report was filed.

Worth mentioning, Lord Shiva dons Damodar Besha everyday during the month of Kartik. Thousands of devotes from across the country throng the temple to witness the Besha.