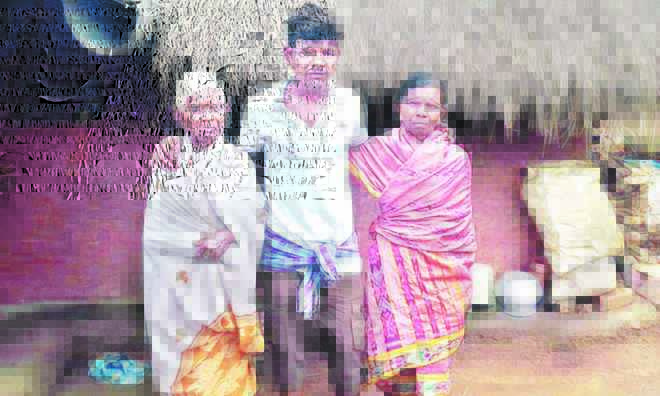 Jeypore: A well written script about separation and reunion of a family is not only found in Bollywood movies, but also in real life.

Such an incident was reported in Kumuli village under Borigumma block in Koraput district where a family burst into emotion after getting back their lost son after 17 years.

Beholding the son in good condition in front of her eyes after over a decade, mother’s joy knew bound.

According to reports, Tankadhar had moved to neighbouring state Andhra Pradesh along with his friends from home when he was only 9 years old. The parents searched him everywhere in the village and other places, but failed to trace his whereabouts.

Reports said that Tankadhar was staying at a contractor’s house in Andhra where he was known as Tinku Saura.

Although, he wanted to make his way back to his home, but he had forgotten other places apart from his village. Many a time, he tried to search his village by visiting Nabarangpur, Rayagada and Koraput districts, but failed.

Few days back, again he had visited Tirupati, Vijaywada, Rayagada and Nabarangpur. On his way back to Andhra after not getting any known face there, he reached near Borigumma where he came to know about existence of Kumuli village. Finally, he visited the village and got back his family.