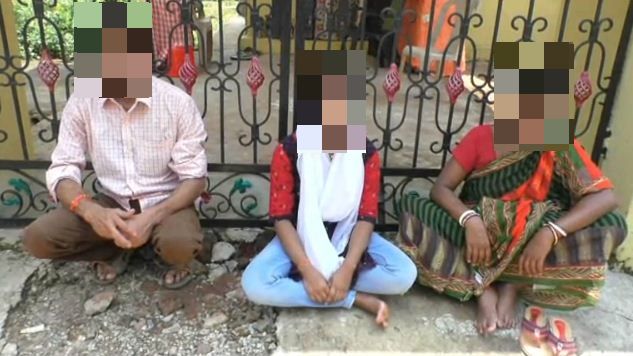 Rayagada: Yet another incident of establishing physical relation with a girl on the pretext of marriage followed by betrayal has come to fore in Odisha, this time in Rayagada district.

The girl and her parents, hailing from Jharkhand, have staged a dharna in front of the house of the accused here demanding her marriage with the youth, identified as Dhiren Kumar Patnaik.

According to reports, Dhiren, a teacher of an engineering college here, had developed an affair with the girl in 2017 when she was studying in the educational institution. After completion of the course, he insisted her to stay with him in Rayagada instead of returning home.

The victim alleged that Dhiren stayed with her at a rented house here for a year, during which he had physical intimacy with her on the pretext of marriage. Later, he told her to return to her house and snapped communication with the girl.

After the parents of the girl confronted the family members of Dhiren over the matter, the latter agreed for the marriage but demanded an amount of Rs 5 lakh as dowry. Father of the girl had expressed his inability to meet the demand.

Days later, kin of the girl came to know that marriage of Dhiren was being fixed with another girl. Opposing the move of Dhiren’s parents, they have resorted to dharna before the accused’s house.

A complaint in this regard has been lodged at the Seskhal police station here and investigation is underway. On the other hand, father of the accused has rubbished the allegations.