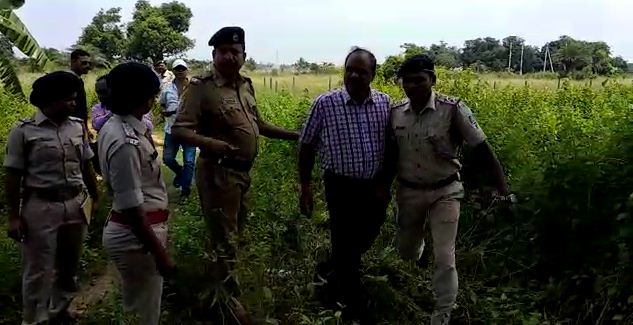 Berhampur: A doctor, identified as Hrushikesh Tripathy, was last night arrested from Bhubaneswar for allegedly murdering a bank agent over a love triangle in Odisha’s Berhampur and burying the body at a dumpyard.

Following the arrest, police took him to the spot of incident for detailed investigation and reconstruction of the crime.

According to reports, accused doctor Hrushikesh Tripathy and deceased bank agent Bishnu Gouda were having love affair with a nurse. On the fateful day, Tripathy invited Gouda to his house and killed the bank agent.

With the help of another person namely Ganga Behera, the doctor took the body in a car and buried it at a dumpyard located at Badagumula here. A complaint regarding missing of Gouda was lodged at the Baidyanathpur police station.

During investigation, police had arrested Behera, following which the entire episode came to fore. Police managed to trace the body and exhumed it after 25 days of the murder. The accused doctor had absconded after the incident.