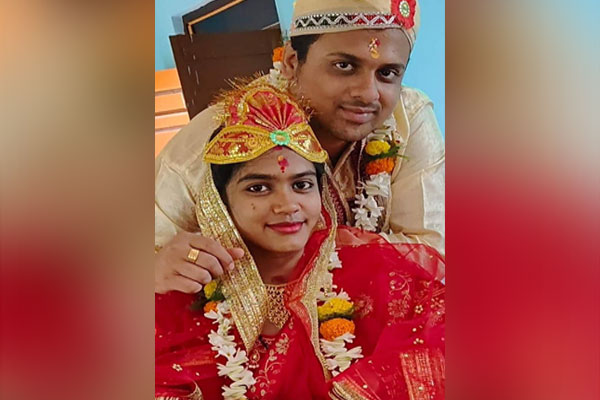 Balasore: Love is eternal and it never fades away with time. A couple in Balasore district proved it by tying the knot in a filmy way after eight-year of their relationship.

It was a heartwarming moment for Subhransu and Debasmita, who entered into the sacred relationship, as per Hindu tradition in presence of their families, relatives and friends. 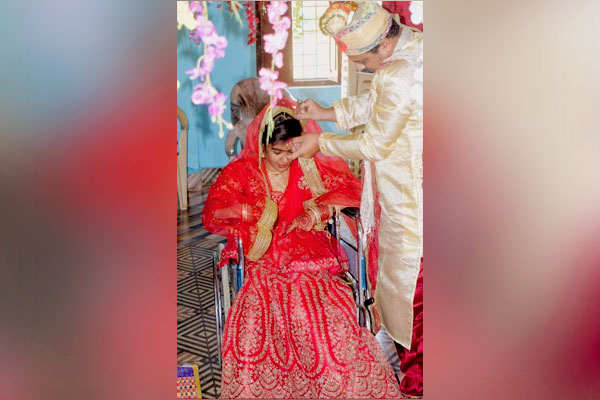 Everyone present during the wedding were happy and they showered the couple with abundant blessings for their love that finally triumphed over all odds life.

The video of their marriage solemnized recently in Balasore showed the virtuous love between the couple amid degradation of romantic love in our society. The wedding was reminiscent of two major characters in Bollywood movie ‘Mann’.

Subhransu and Debasmita from Khantapada area in Balasore district of Odisha were in love with each other since 2015. The couple had planned for marriage after getting consent from their respective family.

However, destiny had some other plan for them as Debasmita suddenly developed the symptoms of a Paralytic patient in 2019. She suffered from a condition that reduced her ability to move. 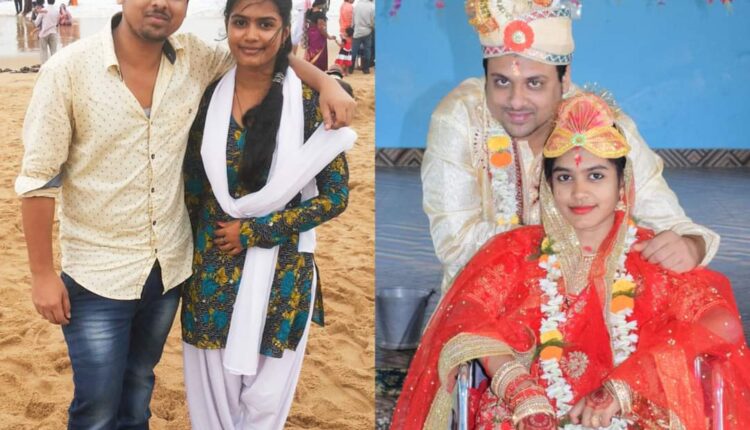 The foot which was once enthralling everyone with her classical ‘Odissi’ dance suddenly paused and the woman found herself on a wheelchair. The incident entirely changed her world. But, Subranshu did not leave his lady love alone during the crisis, rather stood by her as a pillar of support. He preferred to be with her forever and finally tied the knot with the wheelchair-bound Debasmita recently.