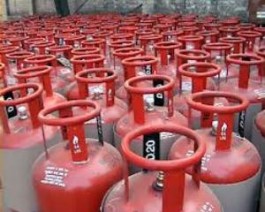 “LPG penetration in Odisha has reached to 58.55 per cent by May 1 this year against 20% in June 2014. The Government of India has set a target of providing gas connections to 80 lakh household by the end of December 2018,” he said at the Pradhan Mantri LPG Panchayat at Mangalajodi in Khurda district organized by Hindustan Petroleum Corporation Ltd (HPCL).

This shows the level of LPG penetration in Odisha, he added.

The Pradhan Mantri LPG Panchayat programme was organised with an intention to promote the use of LPG amongst the rural consumers and safe and sustained use of LPG through peer group interactions on a large scale. (IANS)`