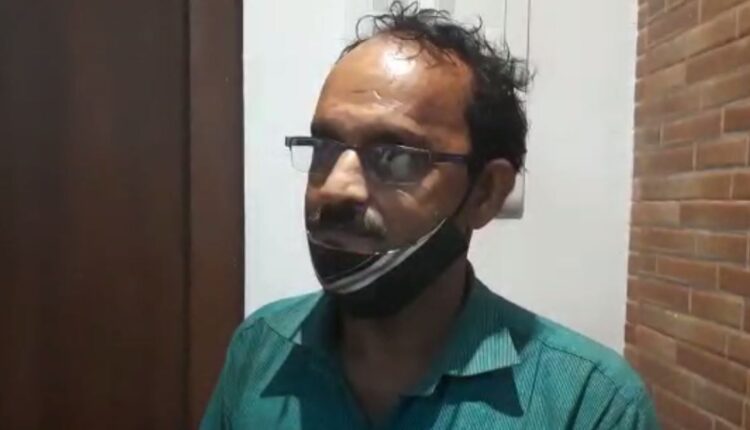 Bhubaneswar: In a major breakthrough, the Commissionerate Police’s Special Squad has nabbed a veteran burglar with involvement in around 500 loot cases across the country. The burglar, Hemanta Das, also ill-famed as ‘Crowbar Man’ was held by the cops while trying to commit another loot in Cuttack city, informed a police official today.

The special squad has been keeping an eye on Hemanta Das after his involvement in three loot cases under the Bhubaneswar Urban Police District (UPD) came to known from CCTV footages, said Bhubaneswar DCP Umashankar Dash, adding that the burglar was arrested in Cuttack.

During questioning, 59-year-old Hemanta accepted that he has been committing daocity with the help of crowbar in different parts of the State as well as outside the State, the DCP said. More than 100 loot cases have been registered against him in the Bhubaneswar UPD alone.

The veteran burglar had been spending the loot money on holidaying at luxury hotels across the country and spending time with call girls, said the DCP.

According to the accused, he has been involved in around 500 burglary case across the country including Mumbai, Chennai and other major cities.

Asked about how much money Hemanta has accrued from the loot, the DCP said after examination it was found that the accused has mere Rs 1,400 in his bank account.

The police official said Hemanta has confessed he looted only cash from hotels and houses and was committing the crimes alone. As much as Rs 5 crore he has burgled so far.

While studying in the BJB College in Bhubaneswar in 1980s, he was sent to a jail for his involvement in a fight case. He came in contact with a notorious burglar in the jail. After being released from jail,

Hemanta continued to be in touch with the notorious burglar and they became good friends. From there on, Hemanta’s criminal career began. He did not complete his study at the BJB College, the DCP stated.

In 2018, the special squad arrested Hemanta and he was sent to jail. After being released from jail, he did not go to his house despite having family.

Hemanta was again sent to jail after being caught in Puri last year. He was released from jail in July this year and three burglary cases were reported different police limits in Bhubaneswar thereafter.

The DCP added Hemanta will be forwarded to the court. Also, in jail he will be under tight vigil.

The accused was counseled as well and his arrest has been informed to all the districts, the DCP stated.

When media persons asked Hemanta on how he was spending the loot amount, he said, “Now I am 59 year old and I have decided to retire from burglary. I started my career in loot from 1986.”