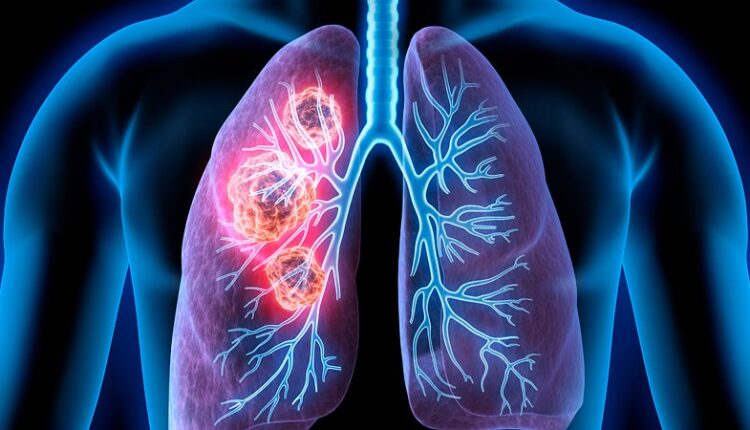 Lung cancer forms in tissues of the lung, usually in the cells lining the air passages. It is the most commonly diagnosed cancer and the leading cause of cancer-related deaths worldwide.

The type of cancer diagnosed is based on how the cells look under a microscope. The most common type is non-small cell lung cancer and the lesser common variety is termed as Small cell lung cancer. Lung cancer that is detected early — before spreading to other areas of the body — is often successfully treated. However, occasionally the cancer spreads outside the lung by the time it is diagnosed.

Typical symptoms of lung cancer depend on the location and extent of the cancer but can include shortness of breath, chest pain, chronic coughing, coughing up blood, chronic shoulder pain, voice hoarseness, difficulty in swallowing, unexplained weight loss, fatigue and unusual bone pain.

For complete diagnosis your doctor may perform a physical exam, low-dose computed tomography (LDCT) or sputum cytology to help diagnose your condition. If cancer is detected, your doctor may also order a computed tomography (CT or CAT) scan of your chest, abdomen and pelvis, bronchoscopy (visual examination of the airway) or PET scan to determine the extent of the cancer. In more advanced stages, an MRI of the brain is performed. If you cannot tolerate an MRI of the brain, a CT scan of the head with contrast is performed. A needle biopsy of the lung may be performed to confirm the diagnosis of cancer. This biopsy can be done via a bronchoscope (a tube that goes down your throat) or a needle biopsy using CT to guide the needle. Sometimes an endobronchial ultrasound is performed to view and sample lymph nodes in the central chest (mediastinum).

Treatment options depend on the extent of the disease and include surgery, radiation therapy and systemic therapy (which can be chemotherapy, targeted therapy, immunotherapy) or a combination thereof.

Surgery consists of the removal of the tumor and a varying amount of surrounding lung tissue. It is the primary treatment for patients with early-stage cancer who are in good general health. The goal of surgery is to totally remove all the tumor cells and thereby provide a cure. Lung cancers tend to develop in some smokers more than 50 years of age, who very often have other lung disease or serious medical conditions that increase the risk of surgery.

The extent of the operation is determined by the location and size of a lung tumor. Open thoracotomy or less invasive video-assisted thoracic surgery (VATS), or robotic assisted thoracic surgery (RATS) using smaller incisions, may be recommended for appropriately selected patients. Various types of surgery named depending upon the amount lung tissue removed like Lobectomy, Pneumonectomy, Segmentectomy, sleeve resection etc. New recent development in this field is the evolution of ROBOTIC surgery which reduces the postoperative pain, blood loss during surgery, near scarless surgery and rapid recovery and discharge from the hospital. 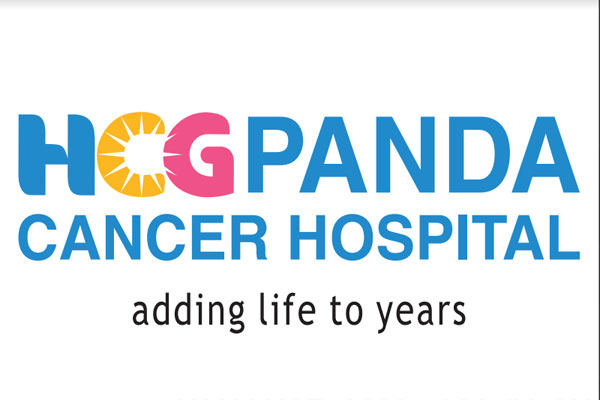 Radiation therapy, or radiotherapy, delivers high-energy x-rays that can destroy rapidly dividing cancer cells. It has many uses in lung cancer as primary treatment, before surgery to shrink the tumor, after surgery to eliminate any cancer cells that remain in the treated area. A recent advancement in this field is STEREOTACTIC BODY RADIATION THERAPY (SBRT).Today, many patients who have a small localized lung cancer, but who are not candidates for surgery, are being treated with a radiation treatment technique known as stereotactic body radiation therapy (SBRT). Patients who are poor candidates for surgery include the elderly, patients with chronic heart failure, and patients receiving a blood thinning drug that puts them at risk of surgical bleeding. SBRT involves treatment with many small, focused radiation beams or an arc of radiation therapy delivered while tracking the lung tumor along with its movement during breathing, typically in three to five treatments. This treatment delivers very high doses of radiation therapy to the tumor in patients where surgery is not an option. SBRT is primarily used in the setting of early stage, localized disease.

Targeted therapy involves newer biologic agents, which may have fewer side effects than traditional chemotherapy and in some instances may be just as effective, are being used in appropriate people. Targeted therapies, newer drugs that work differently than regular chemotherapy, are designed to target mutations within NSCLC cells and inhibit growth. They may be used alone or in conjunction with regular chemotherapy

Immunotherapy uses drugs that boost the patient’s immune system to help control cancer. Some studies, but not all, have shown better survival rates when these drugs are given after surgery.

Preventive measures for lung cancer include Screening. Screening exams find disease before symptoms begin. The goal of screening is to detect disease at its earliest and most treatable stage. In lung cancer screening, individuals who have a high risk of developing lung cancer but no signs or symptoms of the disease undergo low-dose computed tomography (LDCT) scanning of the chest. The U.S. Preventive Services Task Force (USPSTF) recommends annual screening for lung cancer with LDCT in adults age 50 to 80 who have a 20 pack-year smoking history and currently smoke or have quit within the past 15 years. To translate your smoking history into “pack years,” simply multiply the number of cigarette packs you have smoked per day by the number of years you have smoked. For example: 1 pack a day smoked over a 20-year period = 20 pack years.

However, despite having a considerable burden of lung cancer, India does not have a formal screening program for lung cancer. Issues such as cost, logistic constraints, and concerns regarding high false-positive rates owing to the high prevalence of tuberculosis have prevented large-scale implementation of LDCT screening.

In summary, lung cancer is an important cause of morbidity and mortality in India, especially for male individuals, with the burden from this disease expected to rise further in the future. The spectrum of disease has evolved over the decades from being one predominantly affecting elderly tobacco smoking men (with squamous or small cell carcinoma) to one wherein an increasing number of younger age group individuals, light or non-smokers, and female individuals are being affected (with predominance of adenocarcinoma). Tuberculosis remains an important confounder for diagnostic workup and staging and an important barrier cum deterrent for widespread implementation of LDCT screening. Most patients present with advanced/metastatic disease and are treated by nonsurgical modalities. Advances in molecular testing and radiation delivery techniques and availability of generic drugs targeting common oncogenic drivers have made treatment more effective and better tolerated while being affordable to select subgroups of patients with lung cancer. 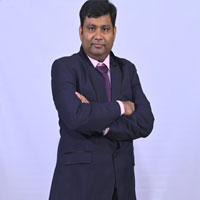