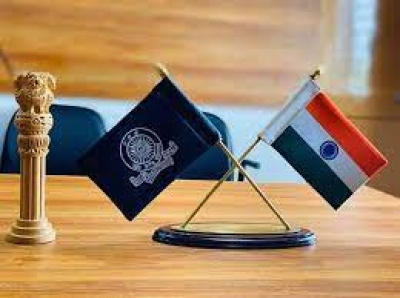 Bhopal: Deputy secretary in Panchayat and Rural Development department in Madhya Pradesh and 2011 batch IAS officer Neha Marvya has accused her senior and principal chief secretary Manish Rastogi of humiliating her and not assigning any work.

Marvya had made these allegations in a whatsapp group of Madhya Pradesh’s women IAS officers recently, which created a buzz after the post went viral on social media.

Referring to her posting in Panchayat and Rural Development earlier in May this year, Marvya mentioned that when she went to join, the Principal Secretary insulted her by asking her not to enter his room as he has no work.

“Am sharing this message because this group belongs to women IAS officers and they will guide me better. After being posted as additional CEO in MGNREGA, I went on a leave. In July, I received a call from the general administration department and was informed about my transfer to revenue department as additional secretary. On July 8, when I went to principal secretary of revenue department Manish Rastogi, he asked me not to enter in his chamber as he has no work to allot to me,” the message further read.

She further wrote: “Rastogi said I have been posted in the revenue department to take a lesson. When I asked about my mistake, he (Rastogi) said I have no right to speak. I requested him to provide a vehicle to take me home, but he refused. He insulted me in the presence of his PA and asked me to get out of his chamber.”

Sources told IANS that while some women IAS officers have hailed Marvya for raising her voice, others advised her against sharing such such messages in the group.

When IANS tried to contact Marvya on this issue, the calls and messages were not responded to.