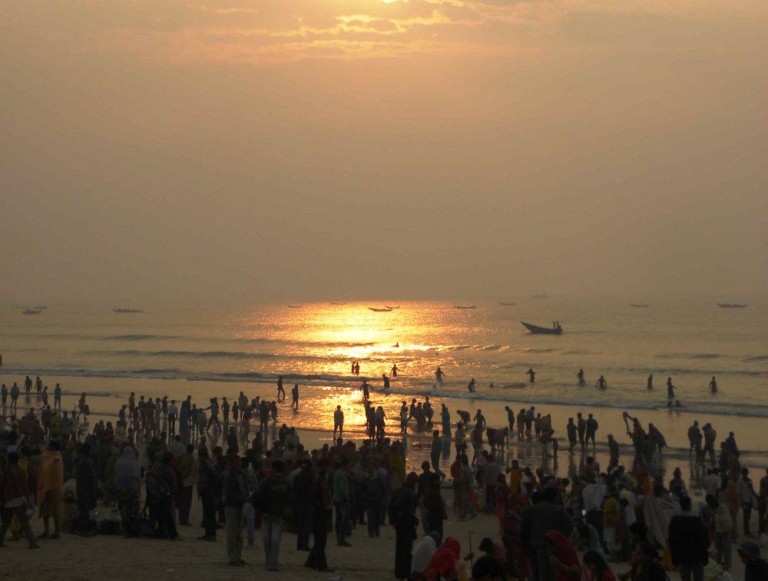 Konark: Thousands of devotees assembled at the Chandrabhaga beach near Konark in Odisha’s Puri district to take holy dip and offer prayers to Sun God on the occasion of Magha Saptami today despite a state-wide bandh being observed by the Congress.

Pilgrims make a beeline to Konark every year on the Magha Shukla Saptami to celebrate the birth of the Sun God. When the Sun has returned on its northern course, they assemble before sunrise to take bathe in the sacred Chandrabhaga river and in the nearby sea after having a glimpse of it.

The devotees take a holy dip on the seventh day of the new moon of Magha with an age-old belief that it would cleanse their sins and get them rid of skin diseases.

Along with Sun God, Mahadev is also worshipped at the place making the celebrations of this ‘Magha Mela’ unique.

Another interesting ritual performed in this famous mela is cooked rice and dried fish (shukhua) dalma which is offered to mythological demon Arkasura in whose name the place has been named as Arka Kshetra.

The food is then eaten together on banana leafs and the cooking pots are broken and thrown into the pond as per tradition. It is believed that all broken pieces of pots disappear from the pond afterwards.