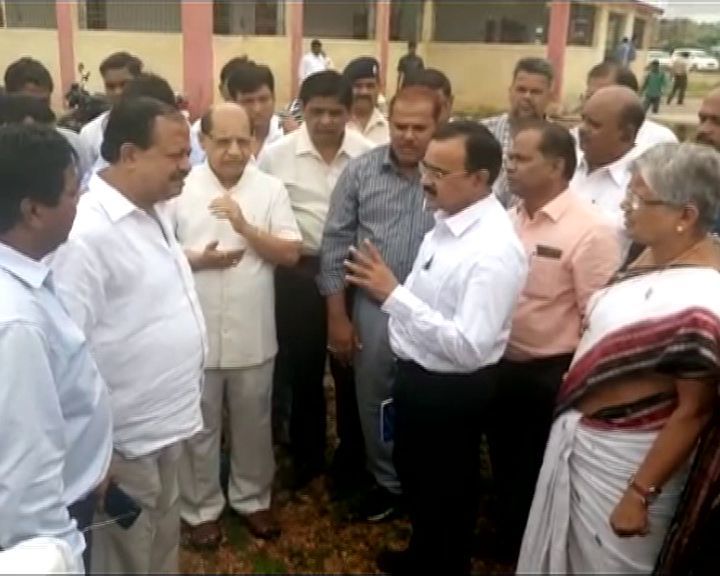 On the second day of their two-day tour of Chhattisgarh, the 12-member committee of Odisha’s Biju Janata Dal today met Water Resources Department officials of Chhattisgarh Government and held talks with the administration there on the Mahanadi water dispute.

“We have visited the affected areas. The Chhattisgarh Government and their district administration have been very cooperative. They have not tried to hold back any data from us. We will return to Odisha tonight and submit our report in a day or two,” said member of the delegation and BJD Spokesperson Pratap Deb.

Speaking to reporters after the meeting with BJD leaders, Chhattisgarh Water Resources Department Chief Engineer HR Kuttari claimed that their state is releasing more than sufficient water to Hirakud reservoir.

“During rainy season, we release water as much as four to five times the capacity of the Hirakud reservoir. There will be no shortage of water in the dam because of our projects,” said Kuttari.

He further assured that the Chhattisgarh government has informed the Central Water Commission (CWC) about the need for constitution of a joint control board.

Meanwhile, BJD leaders held a demonstration and later a press conference in Odisha and pulled up the Centre over the issue.

“The Union Government used to send a committee to the state for just about every other issue. Where are the committees now,” questioned BJD leader Prasanta Nanda.