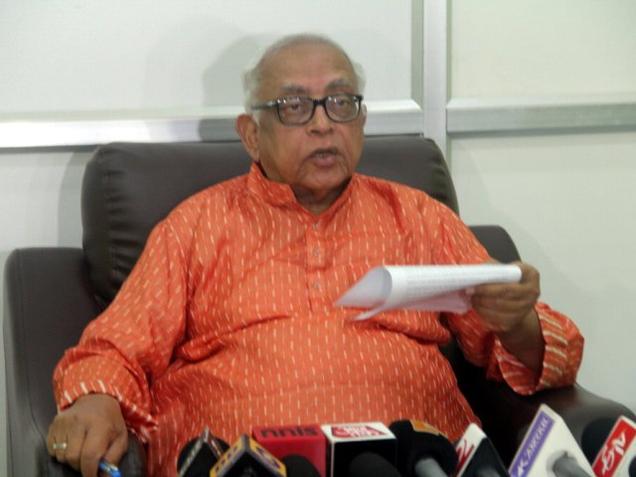 Leader of Opposition in Odisha Assembly Narasingha Mishra today announced that all the members of Congress Legislative Party will approach the President of India seeking his intervention in the Mahanadi water sharing dispute between Odisha and Chhattisgarh.

“The ruling party doesn’t care a dime about Odisha or the people of the state. They are busy doing petty politics. All the members of Congress Legislative Party will meet the President of India and apprise him of the situation. We will request him to intervene and take necessary steps to ensure that Mahanadi doesn’t dry up,” said Mishra speaking to reporters outside the Assembly.

He further added that the ruling party members can be part of the delegation. “They can go with us, if they want,” said Mishra.

BJP, on the other hand, appeared undecided on the move and sought further clarity.

“No one has an iota of doubt that Biju Janata Dal is doing politics over the issue. However, so far as meeting the President is concerned, we will only join them if they plan on an all-party delegation. We have no reason to join a Congress delegation otherwise,” said Leader of BJP Legislative Party in Odisha Assembly KV Singh Deo.

“Let them meet whoever they want. Let them meet the President. They should also go meet Sonia Gandhi and ask her why Congress sanctioned funds for Mahanadi and Polavaram. BJP is in favour of a river board which is also being advocated by Chhattisgarh Government. You can clearly make out how serious they are to defend the interests of the state,” said Dash.

COVID-19: All Odisha Assembly staff to remain in home…