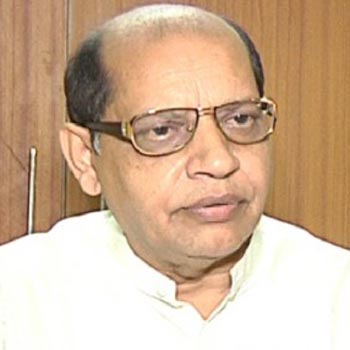 “Mahanadi is no one’s paternal property. Our rights over Mahanadi is much more than that of Chhattisgarh,” said Prasanna Acharya, BJD Vice President in his reaction on Chhattisgarh Minister Amar Agarwal’s remarks on Mahanadi.

“With utmost politeness, I would like to say that the Minister is completely unaware of the country’s law with regard to sharing of water in the case of inter-state rivers,” he pointed out

The BJD has called Chhattisgarh Minister’s statement as that of arrogance which comes with power.

“This is the arrogance of power,” Acharya said.

The BJD Vice President condemned Chhattisgarh government for using the entire water for industries under the plea of farming. He said the Minister has confessed it.

Notably, Chhattisgarh Commerce and Industry Minister Amar Agarwal at the ‘Sabka Sath Sabka Vikash’ programme at Burla with reference to a question on construction of seven barrages including Kalma upstream of Mahanadi had stated that Chhattisgarh was using Mahanadi water from its area and Odisha should use Mahanadi water of its area.

Agarwal had also said that construction of barrages had been going on for last seven years.

“What was Odisha government doing then?” he had asked.