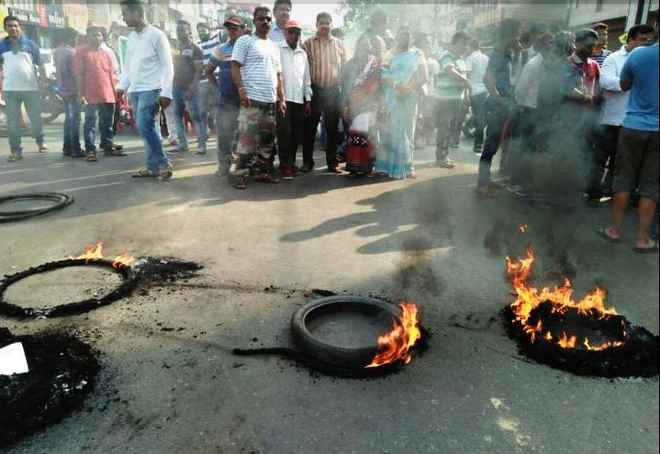 The shops, markets, commercial establishments remained closed and the vehicular movement was halted in four districts — Sambalpur, Bargarh, Jharsuguda and Subarnapur — due to strike for four hours.

The BJD launched the strike from 6 am in these districts protesting the Chhattisgarh government’s move not to allow Mahanadi river water to flow through Kalma barrage to the lower catchment areas.

The protestors staged road blockade during the strike for which the residents of the four districts suffered in the morning hour. The bus services were suspended from 6 am till 10 am as per the party’s decision to protest against Chhattisgarh government.

Yesterday, the BJD workers had held bike rallies and meetings in these four districts protesting the decision by Chhattisgarh government against Odisha.