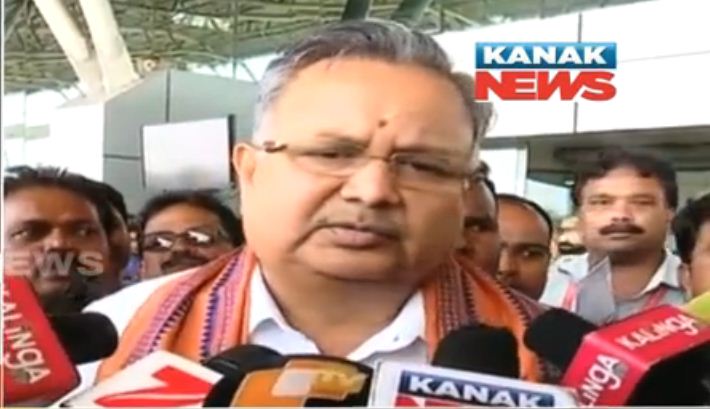 Mahanadi water dispute is not an issue, rather a non-issue has been made an issue, said Chhattisgarh Chief Minister Raman Singh after arriving here to attend BJP’s two-day national executive meeting today.

Reacting to media persons’ query on Mahanadi water sharing issue, he said, “A non-issue has been made an issue that People of Odisha knew it very well. Even, attempts were made to make it an issue during Odisha panchayat elections”.

He said that he was always ready to discuss on the issue with his Odisha counterpart Naveen Patnaik.

“I am ready to talk on the issue with Naveen Patnaik to meet a conclusion”, he said.

Reviewing the historical performance of BJP in the recently concluded panchayat polls, he wished the saffron party will come to power in Odisha.

“After panchayat polls, the awareness was seen among the BJP workers and the performance shown, let the party come to power in the upcoming elections in Odisha”, Singh said.

“I wish under leadership of Prime Minister Narendra Modi several decisions will be taken keeping Odisha’s interest in mind”, he added.