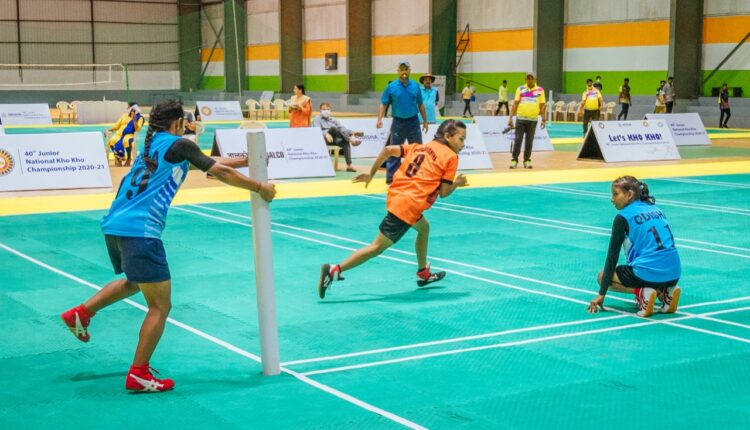 Bhubaneswar: The 40th Junior National Kho Kho Championship 2021 concluded in Odisha today. After grueling competition, Maharashtra clinched the women’s and the men’s titles in the finals defeating Kolhapur and Delhi respectively. The Championship witnessed exciting matches over the five-day event with semifinals and finals particularly creating an electrifying atmosphere, with nail biting matches that kept spectators glued to their seats.

The men’s tournament witnessed a close encounter between the defending champion Maharashtra and Delhi. Delhi, qualifying to its first ever finals in the tournament, fought hard but Maharashtra eventually managed to win the title by a margin of two points and an inning.

In the women’s event, Maharashtra defeated Kolhapur by three points to retain their title as champions.

Hosts Odisha finished in the third position alongside West Bengal and Karnataka in the men’s and women’s event respectively. It was a big improvement for Odisha as they had finished 5th and 13thin the women’s and men’s events respectively at the previous edition held in 2019.

The tournament also saw some incredible performances from the young Kho Kho stars with the following athletes being recognized for their efforts. 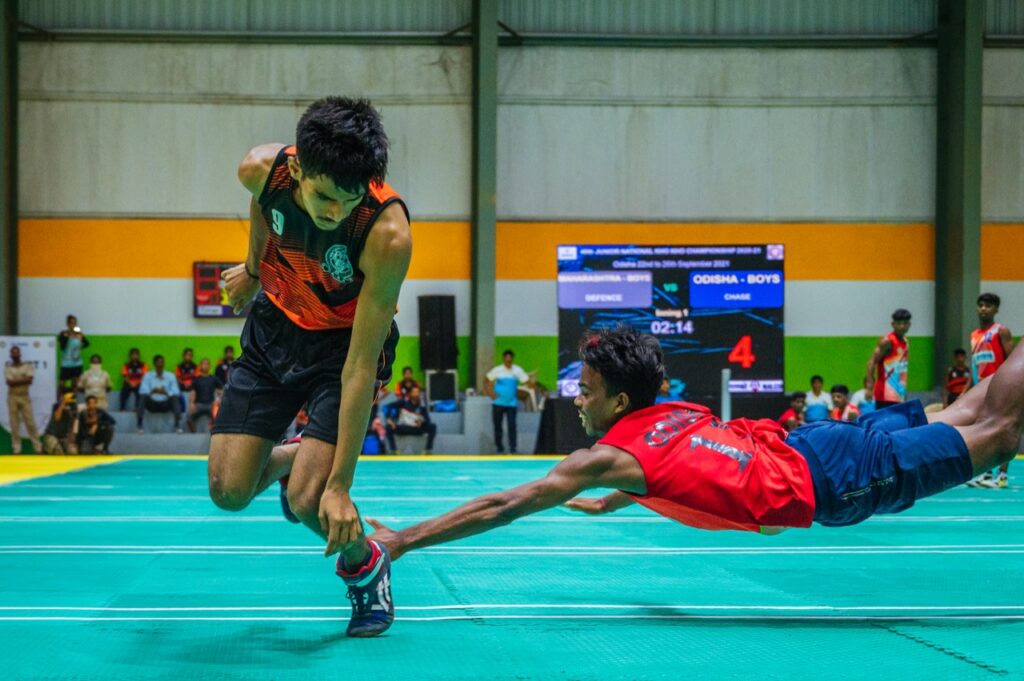 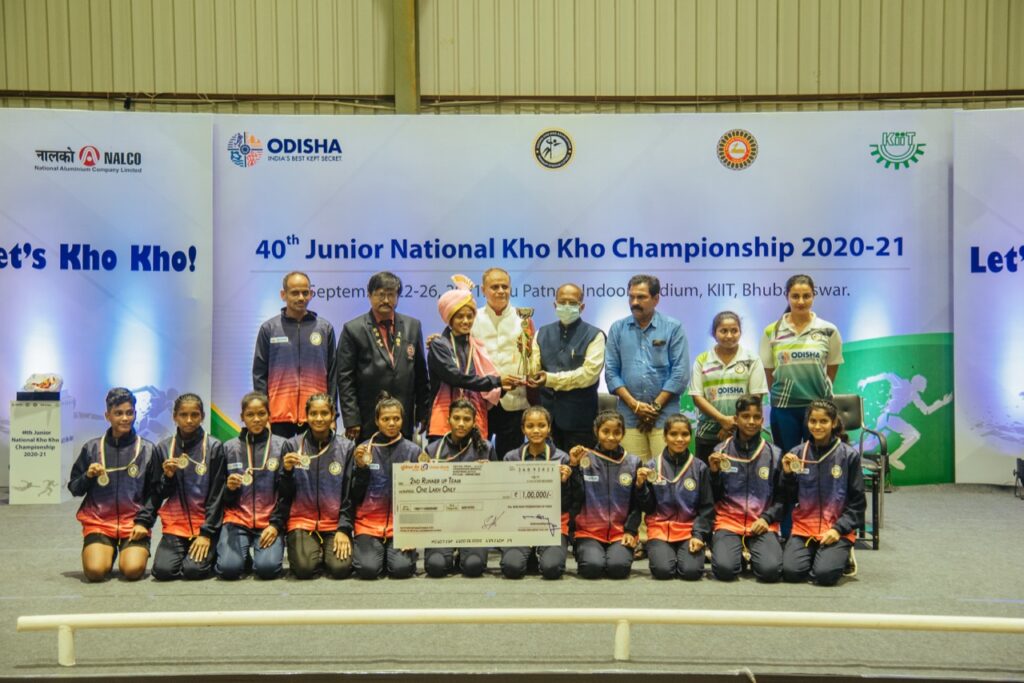 The semi-final between Maharashtra and Odisha turned out to be one of the most thrilling encounters in the tournament that had to be decided by a minimumc hase after the teams were tied, at the end of regulation. 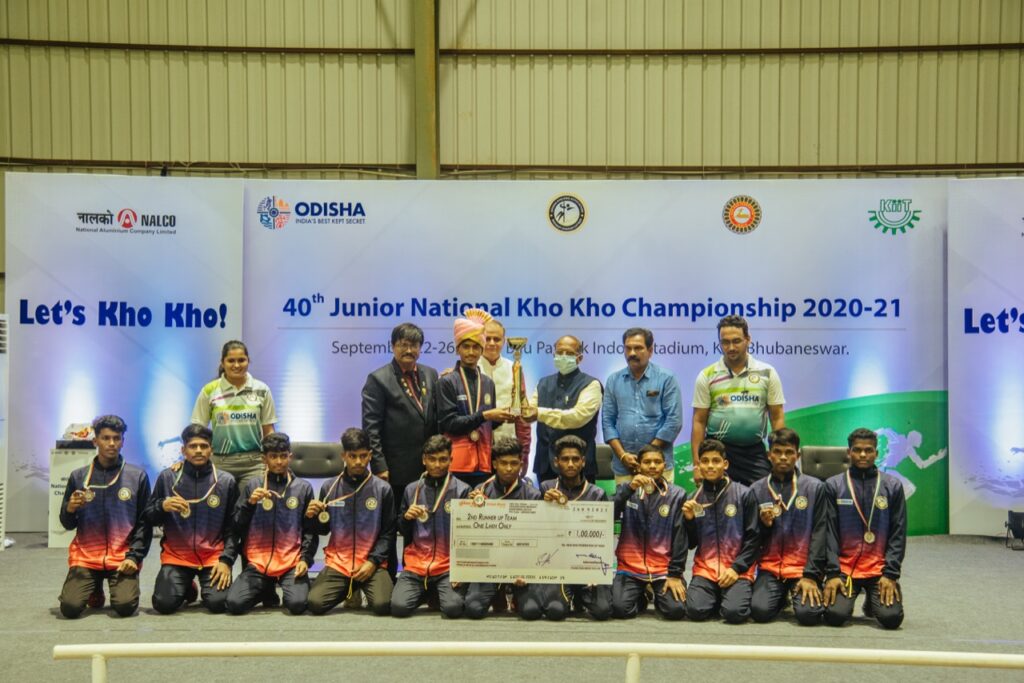 This outstanding event was put together at a short notice, at the state-of-the-art Biju Patnaik Indoor Stadium, KIIT University, Bhubaneswar, brought together athletes from across the country and has proved to be a great cultural and sporting exchange.

The 40th edition of the Junior National Kho Kho Championship held from September 22-26, 2021 saw over 600 athletes from 53 participating teams from states and union territories vying for the crown in the men’s and women’s category respectively. This national championship was hosted by the Odisha Kho Kho Association, with support from the Sports and Youth Services Department, Government of Odisha, and KIIT (deemed University) under the aegis of the Kho Kho Federation of India.

The national championship will serve as the qualifier for the 4th Khelo India Youth Games to be held in Panchkula (Haryana) next year.