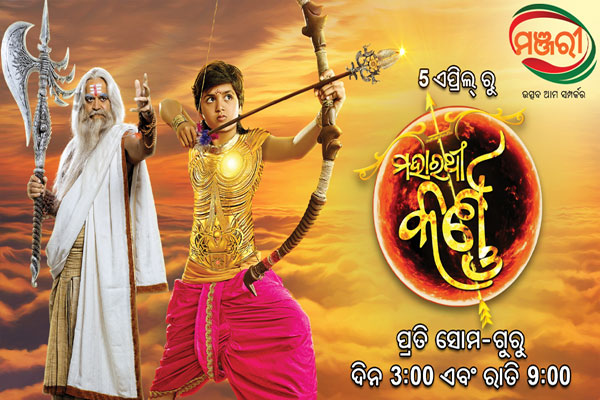 Bhubaneswar: Manjari TV, Odisha’s first free-to-air Odia entertainment channel is going to make a new addition to its list of programmes with serial Maharathi Karna that will be aired from April 5.

The mythological serial based on the life of Karna has been scheduled to be telecast from Monday to Thursday at 3 PM and 9 PM.

Karna, who was destined to live the rest of his life as a Sutaputra, once made an eternal vow to his friend Duryodhan, a Kaurava, to always stand with him. Honouring his vow, Karna fought the Pandavas in the Mahabharata.

Karna who is known by various other names like ‘Suryaputra’, ‘Sutaputra’, ‘Radheya’, ‘Daanaveera’ and ‘Angaraja’ has been described as a tragic hero in the Mahabharata.  He was one of the few martyrs in the epic who was known for his mercifulness and forgiveness along with his valour.

Maharathi Karna is a narration of the tragic hero Karna’s battles throughout his life. So, get ready to revisit some pages from the epic of ancient India.