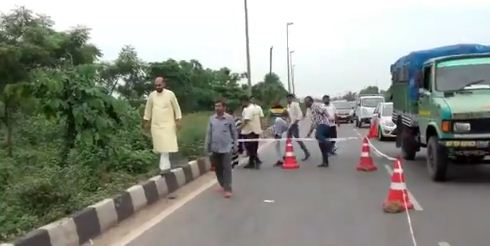 The cracks were seen on the sidewall of the bridge and portion of the road connecting Gopalpur and Link Road here.

On being informed by locals, police and NHAI officials reached the spot and cordoned off the damaged portion of the road to prevent further damage due to movement of vehicles.

Cuttack-Barabati MLA Mohammed Moquim took stock of the situation and said he will take up the issue urgently with the concerned authorities.

The incident comes couple of days after depression developed on a portion of Palasuni flyover in Bhubaneswar.