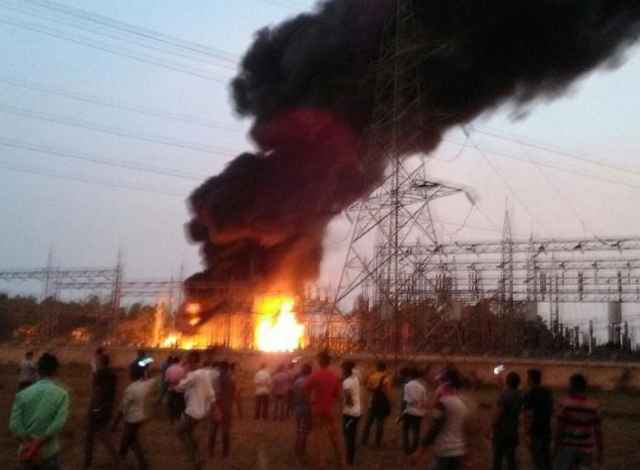 The district headquarters town of Bhadrak and its nearby areas have plunged into darkness following a major fire outbreak at Odisha Power Transmission Corporation Ltd (OPTCL)’s grid at Gelpur this evening.

According to reports, fire broke out at the newly erected section of the Gelpur grid possibly due to overheating of electrical transformers which were being tested before commissioning.

Four fire engines have been pressed into service to douse the blaze.

As a precautionary measure, power supply from the grid to Bhadrak and other areas has been suspended and the entire area around the power grid has been cordoned off by the police while the District Collector, senior electrical engineers and other senior officials of the district administration are camping at the site overseeing the operations.

However, the old power grid has not been affected by the fire, OPTCL sources revealed.

Firefighting exercise was on at the time of filing of this report.